U.S. President Donald Trump has made an undiplomatic remark about close ally Saudi Arabia, saying he warned Saudi Arabia’s King Salman he would not last in power “for two weeks” without the backing of the U.S. military.

“We protect Saudi Arabia. Would you say they’re rich. And I love the King, King Salman. But I said ‘King – we’re protecting you – you might not be there for two weeks without us – you have to pay for your military,’” Trump said to cheers at a rally in Southaven, Mississippi.

Despite the harsh words, the Trump administration has had a close relationship with Saudi Arabia, which it views as a bulwark against Iran’s ambitions in the region.

Trump made Saudi Arabia his first stop on his maiden international trip as president last year.

Trump called King Salman on Saturday and they discussed efforts being made to maintain supplies to ensure oil market stability and global economic growth, according to Saudi state news agency SPA.

Saudi Arabia is the world’s top oil exporter and the de facto leader of OPEC, which has been criticized by Trump for high oil prices.

Speaking at the United Nations General Assembly in New York last month, Trump said OPEC members were “as usual ripping off the rest of the world.”

“We defend many of these nations for nothing, and then they take advantage of us by giving us high oil prices. Not good. We want them to stop raising prices, we want them to start lowering prices,” Trump said.

He has also pressed other U.S. allies, such as Japan, South Korea and Germany, to take more of the financial burden of their defense.

Construction Work of Iron Melting Factory Kicks off in Kabul, Worth $20 Million 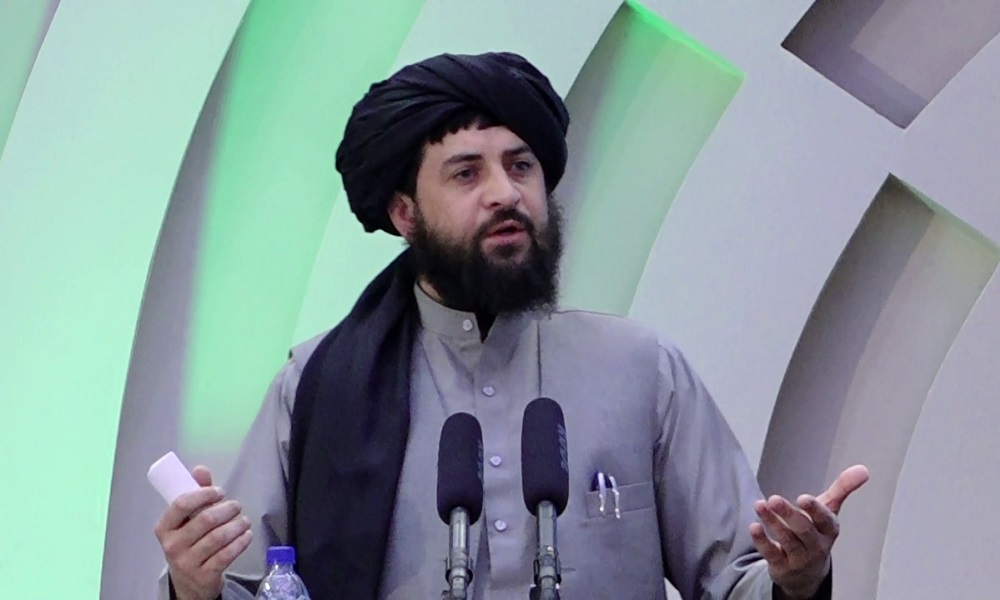 The West should change the way it looks at Afghanistan, acting defense minister of the Islamic Emirate of Afghanistan (IEA), Mohammad Yaqub Mujahid, said on Sunday.

“Whether it is US or Europe or other countries, they should change the mindset they had for 20 years about Afghanistan. They should look at Afghanistan differently,” Mujahid said at a ceremony to mark the sixth death anniversary of Mullah Akhtar Mansoor, the late leader of the IEA.

Amir Khan Muttaqi, the acting foreign minister, said at the same event that they would face the same fate as former president Ashraf Ghani if they fulfill foreigners’ demands.

“We consider it our Islamic obligation. We will stop anyone who oppresses people anywhere in Afghanistan,” Hanafi said.

Mullah Akhtar Mansoor headed the IEA for almost a year before he was killed in a US drone strike in Baluchistan, Pakistan on 21 May 2016.

Speaking at the ceremony, Deputy Prime Minister Mullah Abdul Ghani Baradar said that the IEA had advanced significantly in its armed struggle under the leadership of Mansoor.

Deputy Foreign Minister Sher Mohammad Abbas Stanikzai, however, warned that governments opposed by the public will not last long.

He said that girls have not been granted their right to education.

“Education exists in Afghanistan, but not how it should be. Grant them their rights. Where can women learn Islam and Sharia. They learn in Madrasas and schools,” Stanikzai said. 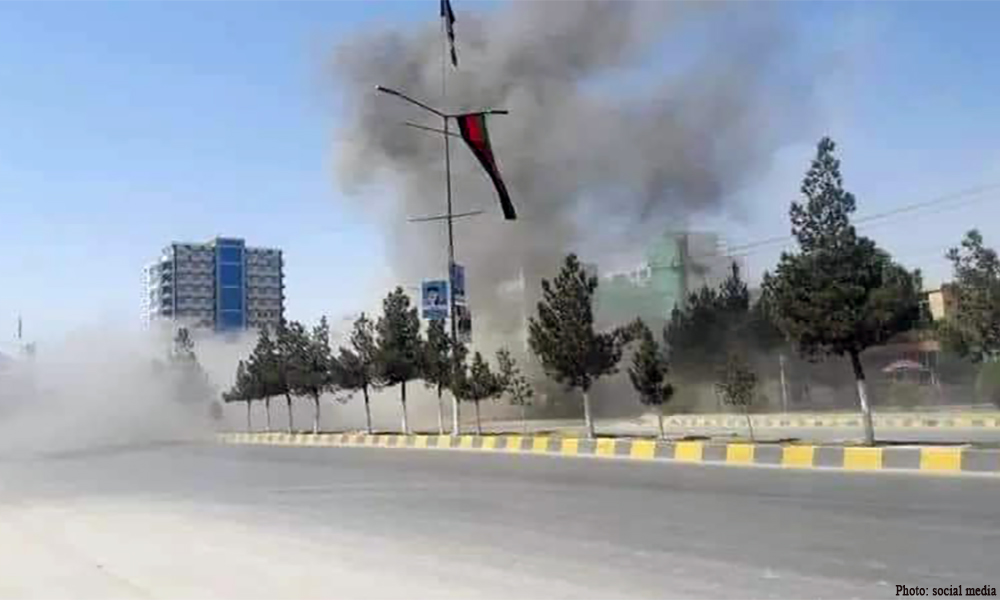 Kabul police confirm an explosive device was detonated on Sunday afternoon in front of the Istiqlal Hotel in PD15.

The explosion happened outside the hotel where a commemoration ceremony was being held to mark the sixth death anniversary of Mullah Akhtar Mohammad Mansour, the former leader of the IEA.

Khalid Zadran the police spokesman said that based on initial reports at least one person was wounded in the blast.

Security forces have reached the area and an investigation is underway, Zadran added. 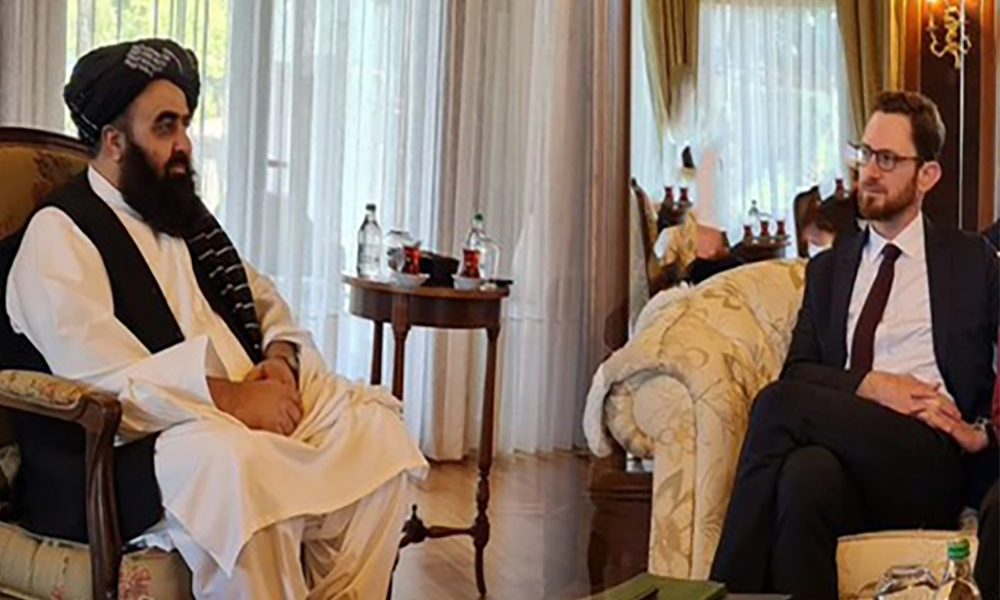 Amir Khan Muttaqi, the acting minister of foreign affairs, held a telephone conversation with Thomas West, the US Special Representative for Afghanistan, and Rina Amiri, the US Special Representative for Afghan Women, on Saturday where they discussed issues around recent US developments regarding the financial sector, in particular the banking sector.

According to Islamic Emirate of Afghanistan (IEA), they also discussed political and humanitarian issues.

Muttaqi told the US envoys there had been progress in Afghanistan’s financial sector, which was a positive step. He also said the IEA had made numerous achievements in a number of areas.

“Security has been established, Daesh has been suppressed and no one has been allowed to use Afghan territory against others,” Muttaqi said.

He also said that despite challenges, the banking system in the country is now active, the Afghani currency has retained its value, the government has been able to pay salaries to its 500,000 former employees and tens of thousands of new employees without discrimination, and the new budget has been approved.

West in turn tweeted after their discussion that he “spoke with Taliban’s (IEA) Amir Khan Muttaqi this morning. Conveyed unified international opposition to ongoing and expanding restrictions on women and girls’ rights and role in society.

“Girls must be back in school, women free to move and work without restrictions for progress to normalized relations.

“Dialogue will continue in support of Afghan people and our national interests,” West said.

Rina Amiri, meanwhile, shared her concerns and views on women’s education, their right to work and called on the IEA to work on improving the situation for women.

On the other hand, Muttaqi said that Afghan women work in the fields of education, health, passports and other areas.

He said: “A decree has been issued regarding the hijab and Afghan women have no problem with it, another decree on banning drugs has also been issued and implemented.”

Both sides agreed to continue interacting in a bid to resolve key issues.

Norwegian Ambassador to Kabul Ole Lindeman also spoke with Muttaqi and discussed the current situation in Afghanistan and developments in humanitarian, health and economic spheres.

According to the foreign ministry, during the meeting the Norwegian ambassador said security in Afghanistan was in the interest of the whole world, adding that bilateral relations between Afghanistan and Norway would play a crucial role in addressing challenges.

Highlighting the favorable security situation in Afghanistan, Muttaqi said that now the door is open for the world to support Afghanistan.

Muttaqi called on all to monitor the situation in Afghanistan closely, and “not judge the new rulers based on propaganda by media and opposition, and assess facts themselves.”