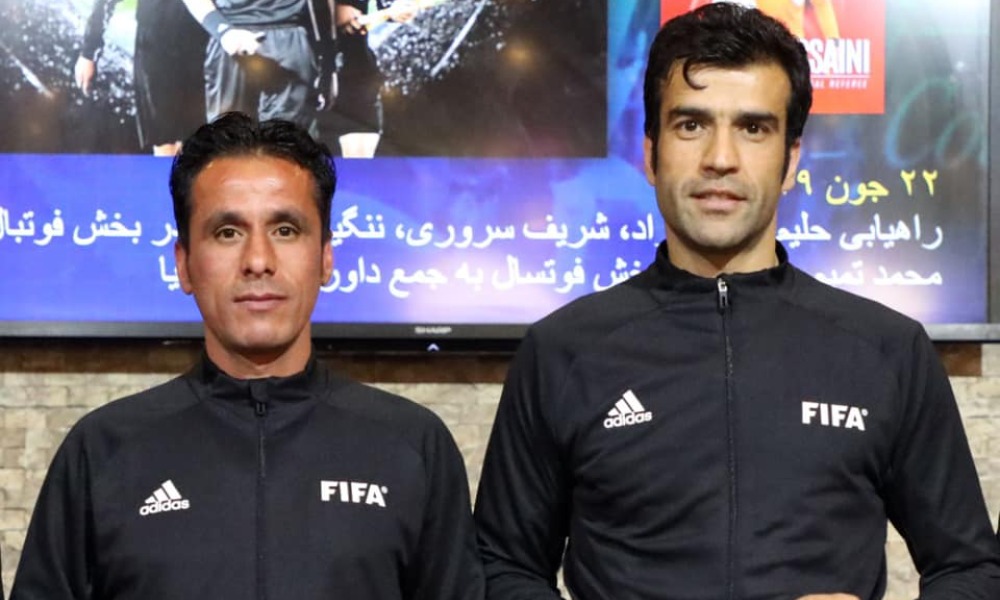 The Afghan Football Federation has announced that Afghanistan’s Halim Agha Shirzad, an accredited international referee, has been selected as a referee for the B and C group stages of the AFC Cup matches in the West Asian region.

Nangiali Sadat has also been selected as an assistant referee for Group B and C matches.

The AFC Cup is the second official tournament after the AFC Champions League, which is played between the top clubs in the central, west and south of Asia.

The group matches will be held from May 21 to May 27 in Amman in Jordan.

This is the first time Afghan referees will take part in Asia club tournaments – although Shirzad had been selected to participate last year. The tournament was however cancelled due to the Coronavirus pandemic.

Shinwari takes over as Afghan Cricket Board CEO 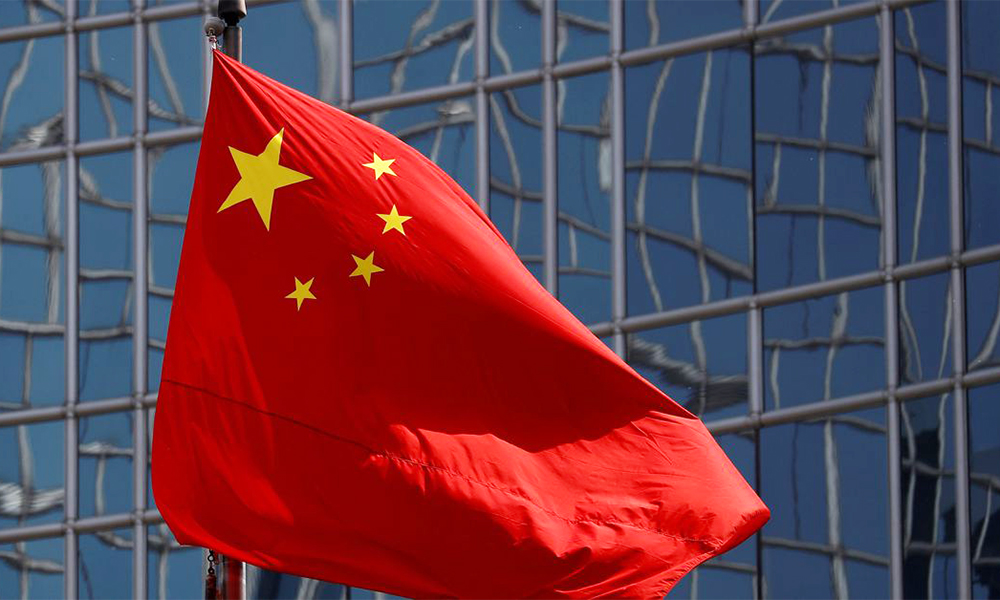 China has relinquished its rights to host the 2023 Asian Cup finals due to the COVID-19 situation in the country, the Asian Football Confederation (AFC) announced on Saturday.

The event, which is played every four years and features 24 national teams from across the continent, was due to be held in 10 cities from June 16 to July 16 next year.

“Following extensive discussions with the Chinese Football Association (CFA), the Asian Football Confederation has been officially informed by the CFA that it would not be able to host the AFC Asian Cup 2023,” the confederation said in a statement.

“The AFC acknowledges the exceptional circumstances caused by the COVID-19 pandemic, which led to the relinquishment by China PR of its hosting rights.”

The AFC said a decision about the hosting of the tournament would be revealed in due course.

The Asian Cup is the latest international sporting event to be affected by China’s attempts to tackle the pandemic.

Earlier this month, Asian Games organisers the Olympic Council of Asia postponed the next edition of the multi-sport event, due to be held in the Chinese city of Hangzhou in September, until 2023.

China continues to implement a zero-COVID policy and cities across the country have faced tight restrictions as a result of a recent outbreak of the Omicron variant.

Shanghai has been under lockdown for more than a month while other cities, including the capital Beijing, are facing a wave of additional curbs, frequent testing and targeted lockdowns.

Most international sporting events in China have been postponed or cancelled since the start of the pandemic, with the notable exception of the Winter Olympics, which went ahead in Beijing under strict health controls in February.

The Chinese Formula 1 Grand Prix has been not been held since 2019, while WTA events have been suspended due to a standoff over concerns relating to the safety of Chinese player Peng Shuai.

China is scheduled to host four ATP events this year, including the Shanghai Masters and the China Open in October.

The Chinese Super League yet to announce when the new football season will begin.

The Chinese Football Association also gave up the right to host July’s East Asian Championships, with that tournament now taking place in Japan.

China had been due to host the Asian Cup for the first time since 2004, when the national team lost in the final in Beijing’s Workers’ Stadium to Japan. 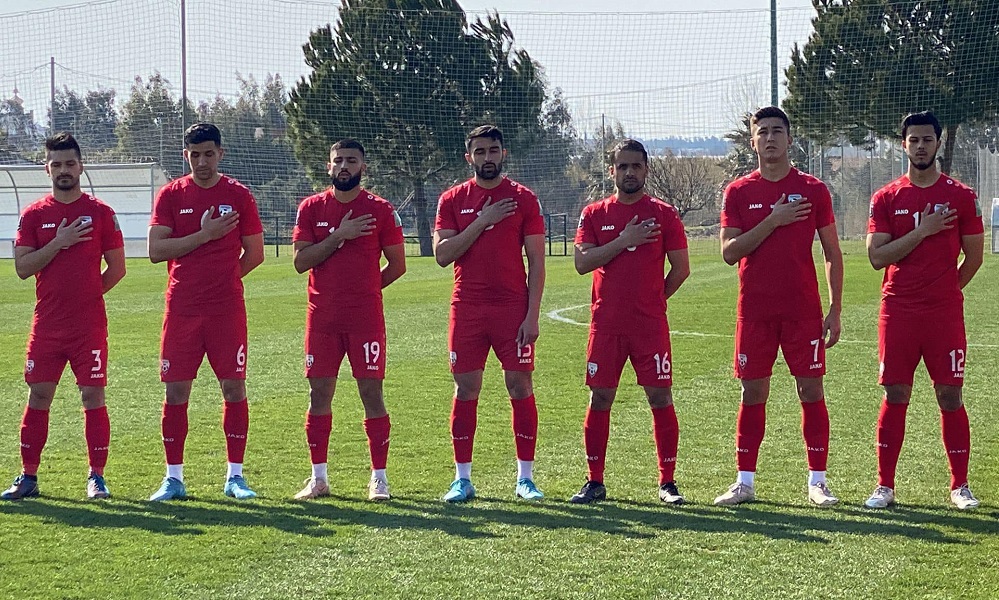 Afghanistan’s national football team will play a friendly match against Vietnam on June 1 as part of their preparations for the 2023 AFC Asian Cup final round qualifiers.

Afghanistan Football Federation said in a statement Sunday that the team would travel to Vietnam’s capital Hanoi for a training camp that will start on May 21 and end on June 2.

Afghanistan will play their first match of the qualifiers against Hong Kong on June 8, before facing India on June 11 and Cambodia on June 14.

All the matches will be played in Kolkata in India.

Afghanistan had been scheduled to play Madagascar in a friendly match in Turkey in March. However, the match was cancelled due to COVID infections among Madagascan players. 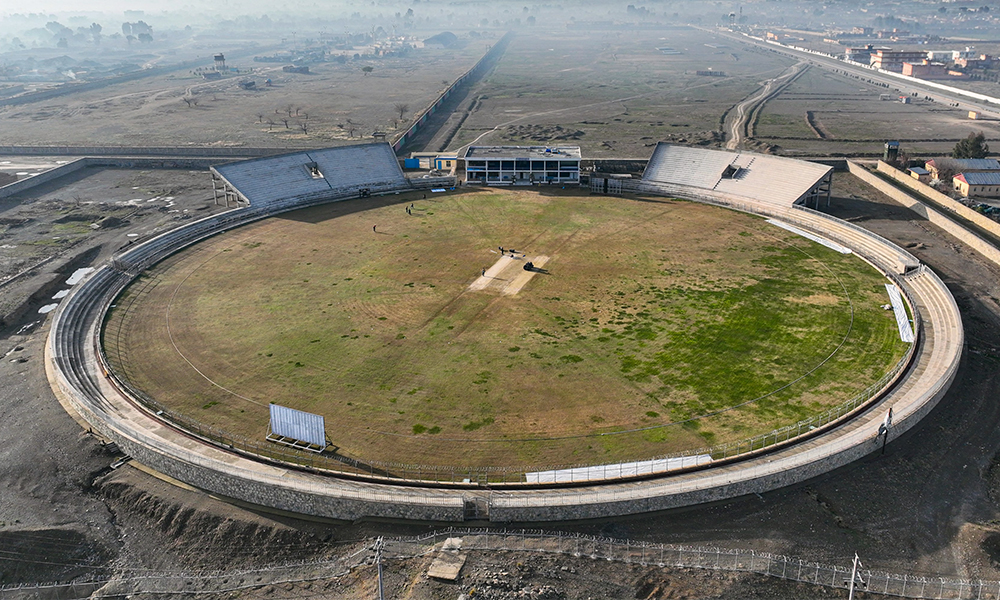 ACB unveiled plans for the new tournament recently and said three teams will participate. The tournament starts Sunday, May 8, and will be held in Khost Province.

Ariana Television will broadcast all matches live, starting Sunday at 8.30am local time when Pamir Legends and Maiwand Defenders meet.

The names derive from regions in the country, with Maiwand being an area in Kandahar province that holds significant historical value while Pamir and Hindukush are two of the highest mountain peaks in Afghanistan.

The tournament will be played in a one-day format and a total of seven games will be played across 12 days. The three teams will play each other twice with the final scheduled for May 20.

According to the ACB, the players will include all available national team members as well as rising stars who are part of youth cricket development programs.

ACB Chairman Mirwais Ashraf said this is in keeping with the board’s efforts to further develop cricket in Afghanistan.

“Our nation loves the game of cricket and we are trying to further develop the game in the country. The tournament will see a greater involvement of senior players with the junior-level players, which helps in the overall skill building of the players as well as contributes to the elevation of the game in the region, I urge the fans to come and watch these games in the stadium”.

“We have an eye on our Super League games in the coming months, so this tournament will add more match-time preparation for our players going forward to their international assignments,” he said.

Naseeb Khan, the ACB’s CEO said the name Green Afghanistan was chosen so as to portray the natural beauty of the country.

“We expect the fans in Khost and the contiguous provinces to enjoy the Eid festival in the stadium as the national heroes bring happiness and joy to the region,” he said.

The ACB also stated that this new event will bring more diversity to the structure of cricket in the country and will help enhance the quality of the game among young Afghan players.

The match schedule is as follows:

The final between the two top-scoring teams will take place on Friday May 20 from 9am.