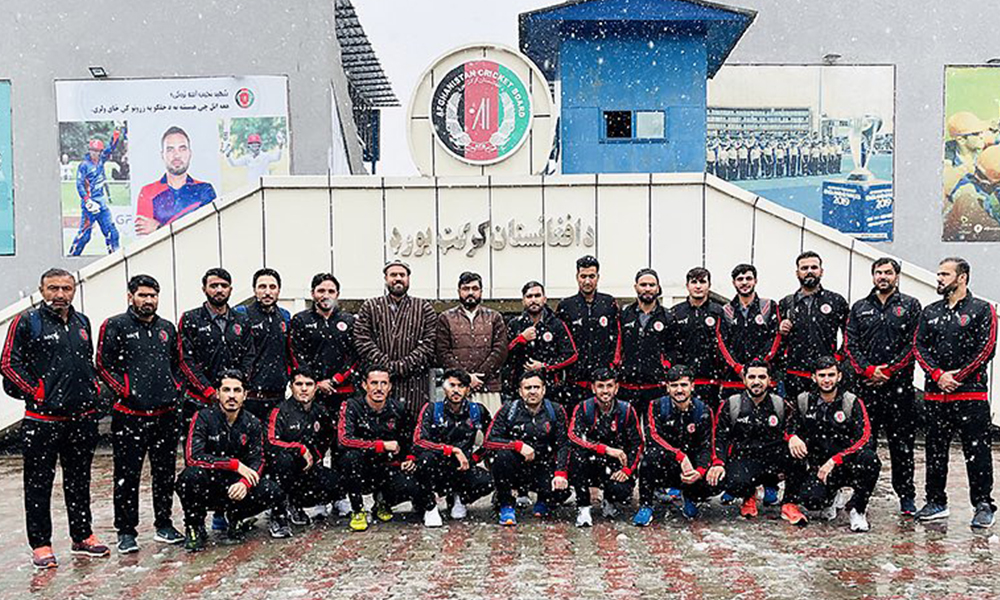 Afghanistan National Cricket Team on Monday left Kabul for Qatar to feature in a three-match ODI series against the Netherlands.

Afghanistan Cricket Board said in a statement that the three ODIs are scheduled to be held from 21st -25th January.

According to the statement, the matches are part of the ICC Cricket World Cup Super League, which counts towards qualification for the ICC Men’s CWC 2023.

“Afghanistan will have a two-week-long preparation camp before taking on the Netherlands in the first ODI on 21st January. They will also play two more ODIs against the same opponents on 23rd and 25th January in the same venue respectively,” the statement said.

ACB Chairman, Mirwais Ashraf met the Afghan squad led by Hashmatullah Shahidi ahead of their departure.

Highlighting the importance of the matches, ACB’s CEO Naseeb Khan stated: “All eyes are on direct qualification to the Cricket World Cup in 2023”.

“ACB is committed to providing all the facilities that the team needs,” Khan added.

The ICC Cricket World Cup Super League is a 13-team tournament that will take place across two years and will determine which teams qualify for the CWC 2023.

India, who are the hosts in ICC Cricket World Cup 2023, and the other top seven teams from the super league, will qualify automatically for the World Cup.

PSG’s Messi and three others test positive for COVID-19 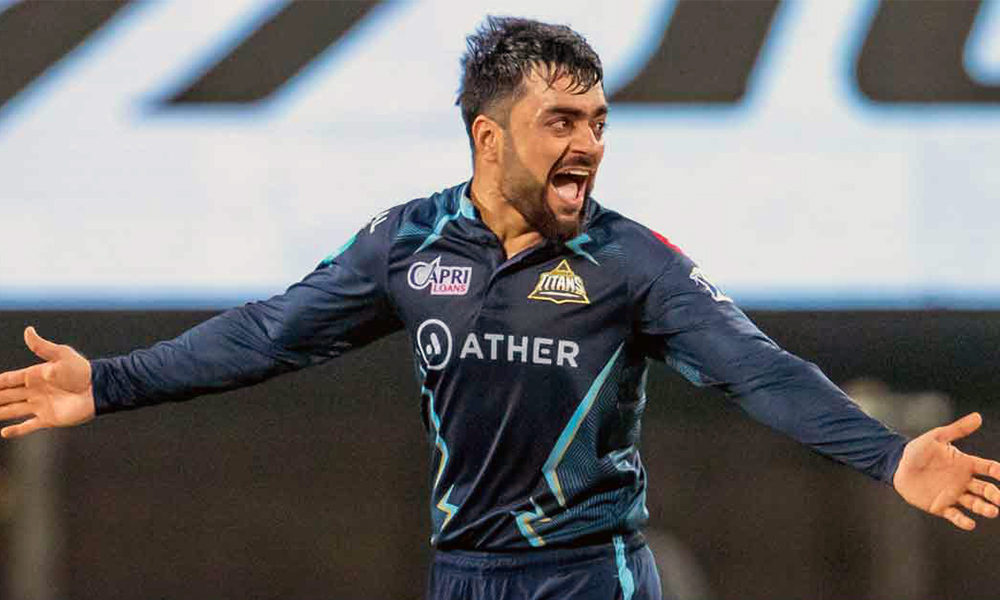 In an interview with Cricket Live on Star Sports this week, Pietersen said: “You can’t keep the great guys down, he’s such an electrifying personality.

“He’s one of the cool dudes and he delivers whenever the captain looks at him. He’s just in the feel in this season. He’s a busy cricketer and keeps talking with the captain which is good to see.”

The Afghan star cricketer credits the team management for his and the team’s good show in the tournament.

Praising the overall mood in the Gujarat Titans’ camp and the atmosphere created by head coach Ashish Nehra and the entire support staff, Rashid said the players are doing well because of the relaxed dressing room.

Also speaking on Cricket Live on Star Sports, Rashid said: “The mood is positive, Ashish bhai always asks us to remain chilled out, take care of our diet and have a sound sleep for that will help in recovery. Whether we win or lose, the environment in the dressing room remains the same. There is no extra pressure on the players as well and that is why we are delivering more often than not.”

“He (GT captain Hardik Pandya) talks to the players who are not just in the playing eleven but also with those on the bench and gives them confidence. He has created a positive mindset in the dressing room,” added Rashid.

The IPL 2022 is almost over with the play-off stage set to commence on May 24.

The tournament which began on March 26 will conclude with the final at the Narendra Modi Stadium in Ahmedabad on May 29. 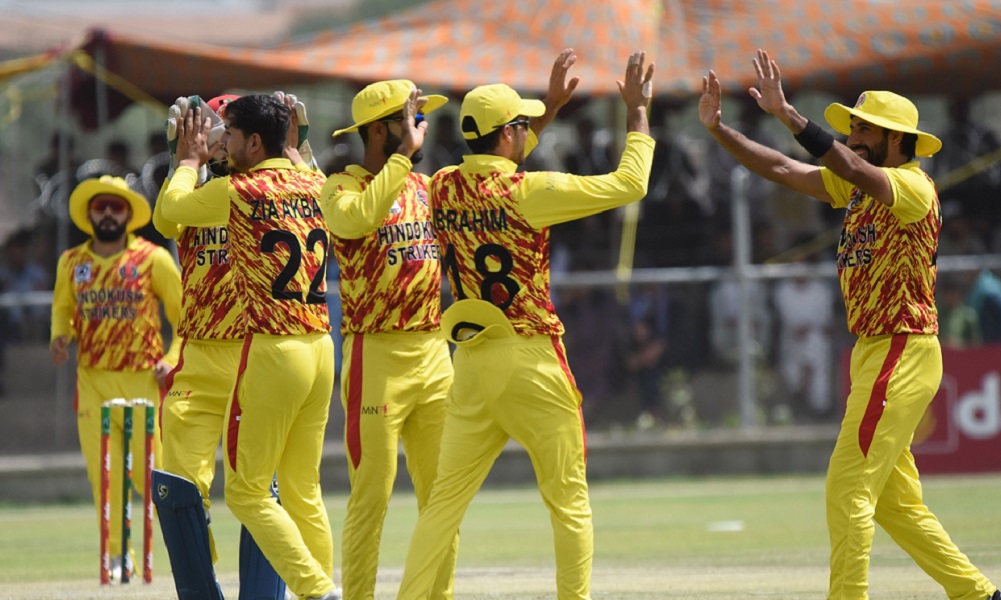 The revised target for the Strikers was 204 runs in 33 overs (DLS method) and they chased it down by three wickets with four balls to spare.

For Pamir Legends, Samiullah Shinwari hit 55 not out, followed by Gulbadin Naib who made 44. Naib also picked up three wickets, the most by a player in the match.

The domestic one-day tournament started on May 8, with three teams including also Maiwand Defenders participating.

A total of seven games were played across 12 days. 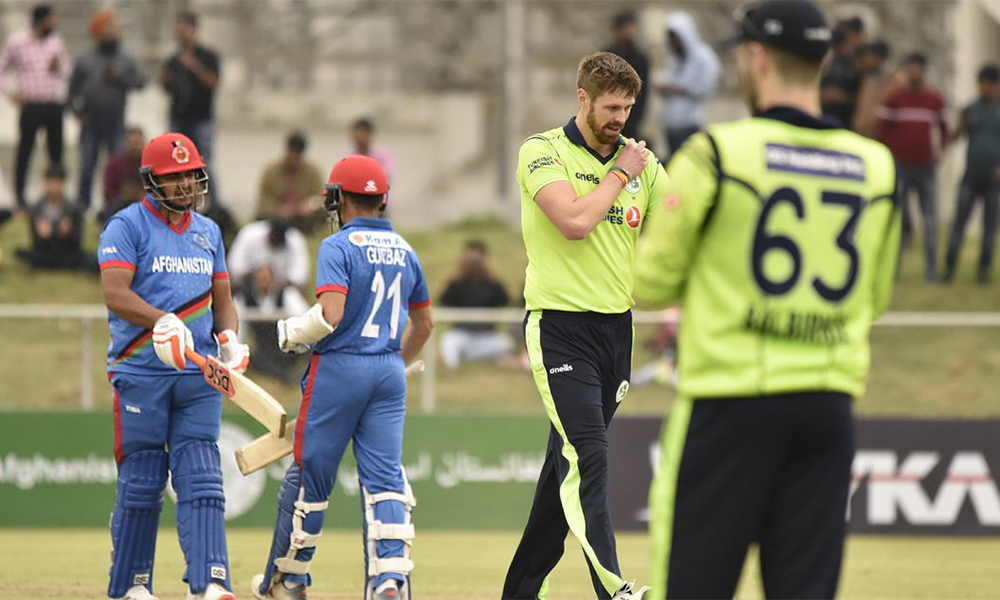 Afghanistan Cricket Board confirmed Thursday that the dates and venues for the five T20Is for the Ireland tour have been confirmed.

Afghanistan’s Senior Men’s Team will tour Ireland from August 9 to 17 and matches will take place in Stormont, ACB said in a statement.

Afghanistan’s tour was initially scheduled to include a Test match and three ODIs, but the tour was rescheduled to a later date with both sides looking to maximize their T20 cricket exposure in the lead-up to the ICC Men’s T20 World Cup 2022 in October.

ACB CEO Naseeb Khan said: “Afghanistan have ample experience of playing Ireland for over one decade, and it’s turning out to be a nice rivalry between the two teams. The confirmation of the dates for the series is a positive sight, as part of our build-up to the T20 World Cup in Australia.

“At the same time, we are looking forward to rescheduling our multi-format (a test and three ODIs) tour of Ireland in the near future,” he said.

Afghanistan last played Ireland in a T20I series in March 2021 in Greater Noida, India with Afghanistan winning the three-match series 2-1.