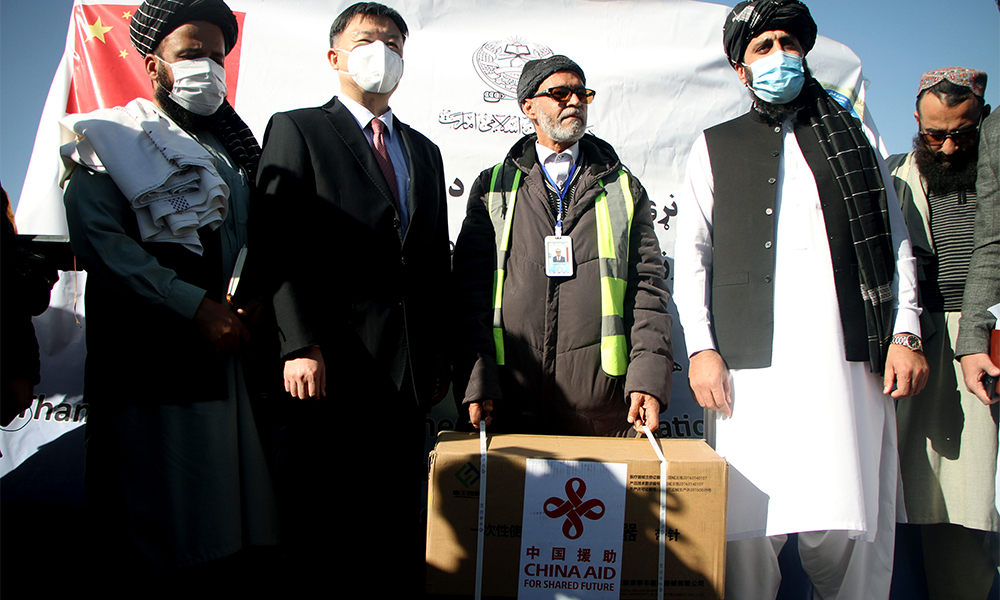 China’s ambassador to Kabul, Wang Yu, also confirmed delivery and said another shipment was due to arrive in Kabul on Thursday.

“This amount of aid for the people of Afghanistan has been provided by the Chinese people, and the next amount, which includes 200,000 doses, will arrive in Kabul on Thursday,” said Wang.

Wang also stated that the 800,000 vaccines handed over is part of the total three million doses that China will provide to Afghanistan.

He said China was providing Afghanistan with about $40 million of aid that includes medical supplies, food, coats, shoes, and blankets.

“Humanity shines through the dark cloud of difficulty. China will stand firmly with Afghan people,” he tweeted.

Health officials thanked China for its help and urged other countries to also provide humanitarian assistance to Afghanistan.

“In the past they used to send tanks, ammunition and weapons, now is the time for humanitarian aid and now you have to help the people of Afghanistan and the Ministry of Health has many plans. Time proves how much work we can do,” said Omar, the deputy health minister.

WHO to roll out COVID-19 vaccine campaign in June 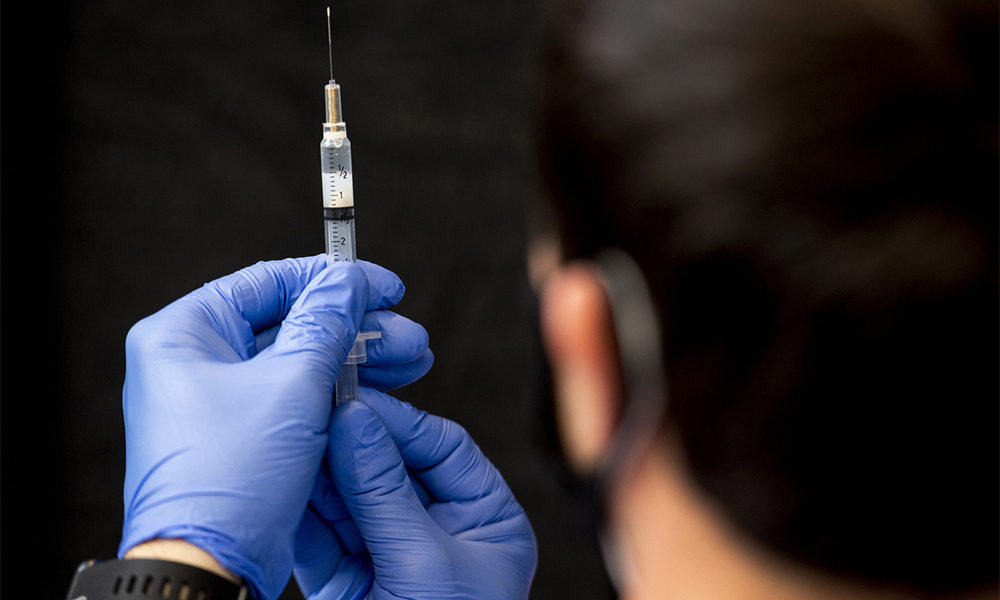 The World Health Organization (WHO) says another COVID-19 vaccine campaign will be launched across Afghanistan in June and that over five million people over the age of 18 will be targeted.

On Thursday, WHO said: “The campaign will be carried out through 473 mobile vaccination teams in addition to 559 fixed sites (including regional, provincial and district hospitals) and some comprehensive health centers.”

The vaccines to be used will be Johnson & Johnson vaccines and Chinese Sinofarm.

The World Health Organization says there are more than seven million doses of the vaccine in Afghanistan already.

Already, more than 6.1 million across Afghanistan were vaccinated in May – of which 53 percent were men and the rest women.

Earlier this year, the Afghan Ministry of Public Health said more than 600 centers in Kabul and the provinces were working to vaccinate people.

According to WHO, since the beginning of the outbreak in Afghanistan, about 180,000 positive cases have been reported, with 7,700 deaths. 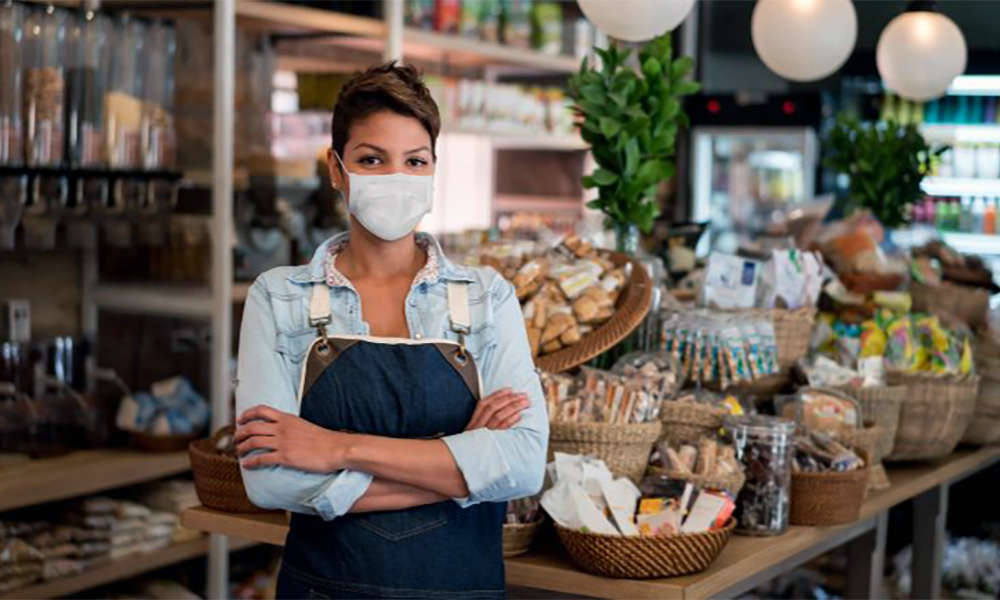 As the cost of essential goods rises faster than it has in decades, billionaires in the food and energy sectors are increasing their fortunes by $1 billion every two days, Oxfam reported Thursday.

For every new billionaire created during the pandemic — one every 30 hours — nearly a million people could be pushed into extreme poverty in 2022 at nearly the same rate, the new report “Profiting from Pain” reveals.

The report has been published as the World Economic Forum gathers in Davos.

“Billionaires are arriving in Davos to celebrate an incredible surge in their fortunes. The pandemic and now the steep increases in food and energy prices have, simply put, been a bonanza for them,” said Gabriela Bucher, Executive Director of Oxfam International.

“Meanwhile, decades of progress on extreme poverty are now in reverse and millions of people are facing impossible rises in the cost of simply staying alive,” she said.

The brief shows that 573 people became new billionaires during the pandemic, at the rate of one every 30 hours but that this year 263 million more people will crash into extreme poverty, at a rate of a million people every 33 hours.

Billionaires’ wealth increased more in the first 24 months of COVID-19 than in 23 years combined.

“Billionaires’ fortunes have not increased because they are now smarter or working harder. Workers are working harder, for less pay and in worse conditions. The super-rich have rigged the system with impunity for decades and they are now reaping the benefits. They have seized a shocking amount of the world’s wealth as a result of privatization and monopolies, gutting regulation and workers’ rights while stashing their cash in tax havens — all with the complicity of governments,” said Bucher.

“Meanwhile, millions of others are skipping meals, turning off the heating, falling behind on bills and wondering what they can possibly do next to survive. Across East Africa, one person is likely dying every minute from hunger. This grotesque inequality is breaking the bonds that hold us together as humanity. It is divisive, corrosive and dangerous. This is inequality that literally kills,” she said.

Oxfam’s new research also reveals that corporations in the energy, food and pharmaceutical sectors — where monopolies are especially common — are posting record-high profits, even as wages have barely budged and workers struggle with decades-high prices amid COVID-19. 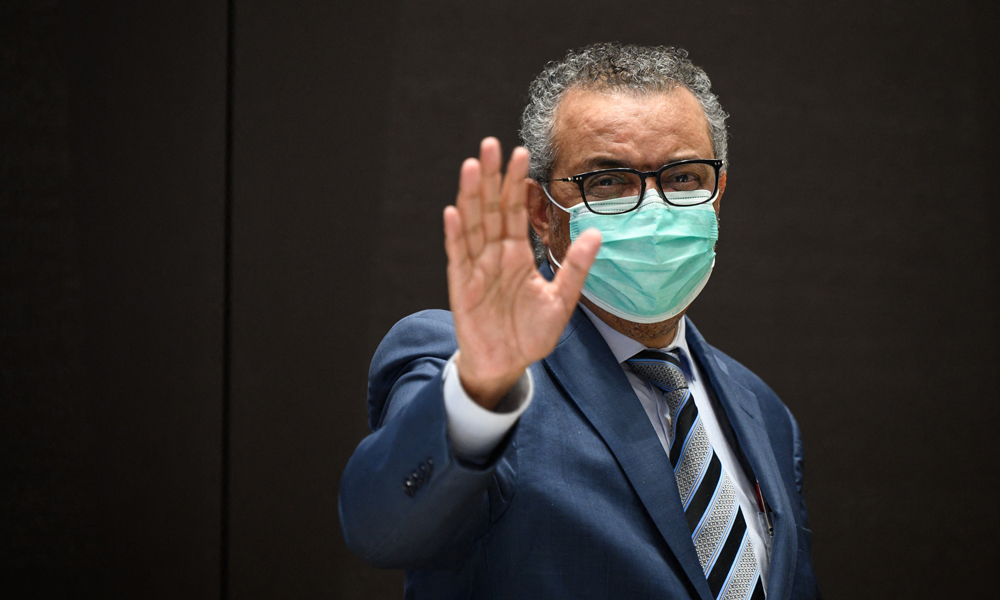 The Covid-19 pandemic is “most certainly not over”, Tedros Adhanom Ghebreyesus, the director general of the World Health Organization (WHO) warned on Sunday (May 22) during the opening session of the U.N agency’s annual assembly.

As the delegates meet, COVID-19 infections were still rising and and efforts to vaccinate the world remained incomplete, Tedros told the assembly.

“It’s not over anywhere until it’s over everywhere. Reported cases are increasing in almost 70 countries in all regions – and this in a world in which testing rates have plummeted,” he said.

As the U.N. agency seeks to define its future role in global health policy, the agenda is the most packed in the WHO’s 75-year history and is seen as an historic opportunity to move on from the COVID-19 pandemic, which has led to 15 million deaths, and prepare for the next global outbreak.

The WHO’s Europe region passed a resolution against Russia this month and asked Tedros to prepare a report on Ukraine’s health emergency.

Members are also preparing a resolution to be submitted to the assembly, although diplomats say it will stop short of suspending Russia’s voting rights, as some initially sought.

The WHO’s Ethiopian Director-General Tedros is all but certain to be re-elected via a secret ballot on Tuesday (May 24), having overcome criticism from his own government and a crisis last year following sexual abuse reports against WHO staff in Congo.

The biggest outcome from the assembly itself is expected to be a funding deal seen as necessary to ensure WHO’s survival, with an agreement set to be approved by members which would help cut its reliance on donations with strings attached.

WHO is currently funded mostly by voluntary contributions from governments and private donors, a set-up that the U.N. agency and independent panels of experts have said is unsustainable as the organisation faces new challenges, including higher risks of pandemics as well as other health issues from breastfeeding to Ebola.

A deal that would raise mandatory fees for member states and reduce its reliance on donations – as long as WHO makes much-needed changes to improve efficiency and transparency – is likely to be approved.