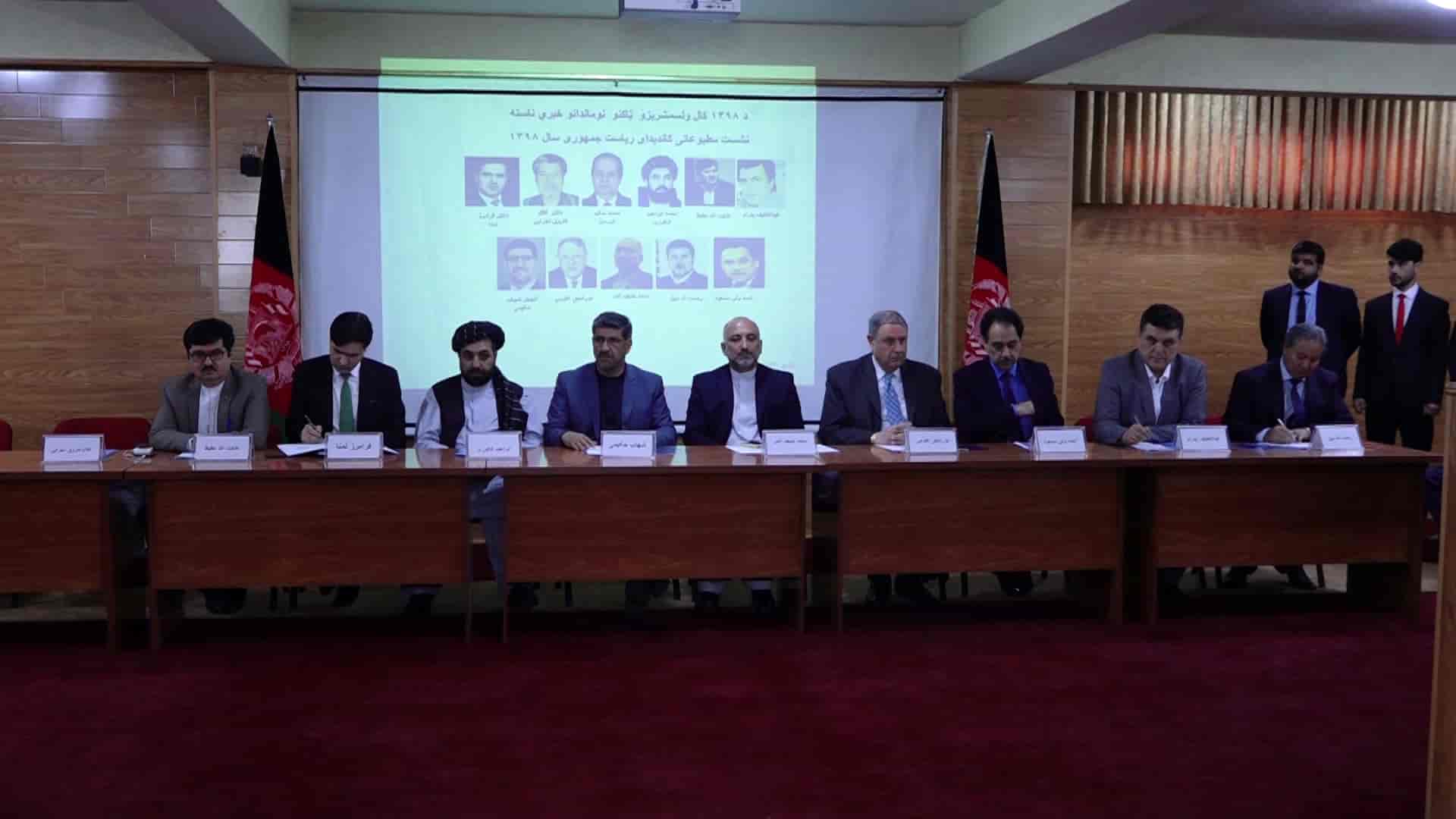 At least 11 presidential candidates on Tuesday said that they will hold widespread protests against the continuation of the government after May 22.

“Civil protest is the last option but if the government did not listen to us and didn’t respect the law, in that case, within the framework of the law, without endangering the public order and security, we will take peaceful and legal actions,” said Mohammad Hanif Atmar, former National Security Advisor to President Ghani and a presidential candidate.

“This government is the outcome of a fraud. During the last five years, the government has violated the law more than a hundred times. The government didn’t respect the 2014 political agreement but still insists that it can build Afghanistan within the next six months,” said Ahmad Wali Massoud, a presidential candidate.

“The National Unity Government has no legal base in the Constitution. It was formed after a consensus between the two electoral tickets,” said Faramarz Tamana, another presidential candidate.

The Council of presidential candidates on Monday suggested the establishment of a caretaker government after May 22 and called on the National Unity Government (NUG) leaders to step down.

In a declaration, the candidates called on President Ashraf Ghani to choose between remaining in power as caretaker of the government or refrain from candidacy in the upcoming elections. According to the declaration, the continuation of the tenure of the incumbent government after May 22 is illegal and against the Constitution of Afghanistan.

However, Ghani’s Office said in a statement that the proposal of caretaker government has no legal bases in the Afghan Constitution. The statement added that the country’s Supreme Court is the only source to interpret the Constitution, not the political parties or politicians.

Recently, the Supreme Court extended Ghani’s service term until the re-election of a new president.

Based on the Constitution, the legal tenure of the National Unity Government ends on May 22.

Afghanistan’s presidential election is scheduled to be held on 28 September 2019.

US, Afghan Officials Begin Review of US Civilian Assistance to Afghanistan