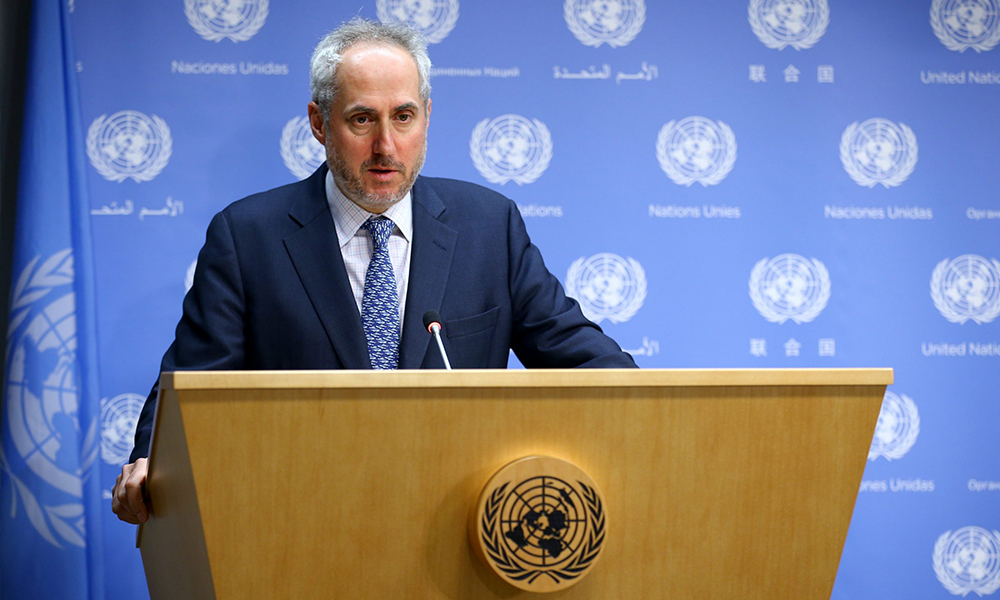 U.N. Secretary-General Antonio Guterres “strongly condemns any attempted takeover of government by the force of arms” in Burkina Faso and calls on the coup leaders to lay down their weapons, U.N. spokesman Stephane Dujarric said on Monday.

Guterres also calls on the coup leaders “to ensure the protection of the physical integrity of the president and of the institutions of Burkina Faso,” Dujarric said.

“Secretary-General is following developments in Burkina Faso with deep concern. He is particularly worried about the whereabouts and safety of President Roch Marc Christian Kabore, as well as the worsening security situation, following the coup carried out on January 23 by sections of the armed forces. The Secretary-General strongly condemns any attempt to take over a government by the force of arms. He calls on the coup leaders to lay down their arms and to ensure the protection of the physical integrity of the President and of the institutions of Burkina Faso. The Secretary-General calls on all actors to exercise restraint and opt for dialogue. The United Nations reiterates its full commitment to the preservation of the constitutional order and reaffirms its support to the people of Burkina Faso in their efforts to find solutions to the multifaceted challenges facing the country,” said the spokesperson.

The African Union (AU) and the Economic Community of West African States (ECOWAS) also condemned the “coup attempt” in Burkina Faso, according to the statements they published respectively on Monday.

Burkina Faso‘s army announced Monday on state television that it had seized the state power, ousted President Roch Marc Christian Kabore, suspended the Constitution, dissolved the government and the national assembly, closed the borders, and imposed country-wide curfew from 21:00 on Monday.

The announcement, signed by Lieutenant Colonel Paul-Henri Sandaogo Damiba, said that Kabore and others detained were in secure locations and no bloodshed or violence occurred during the takeover. 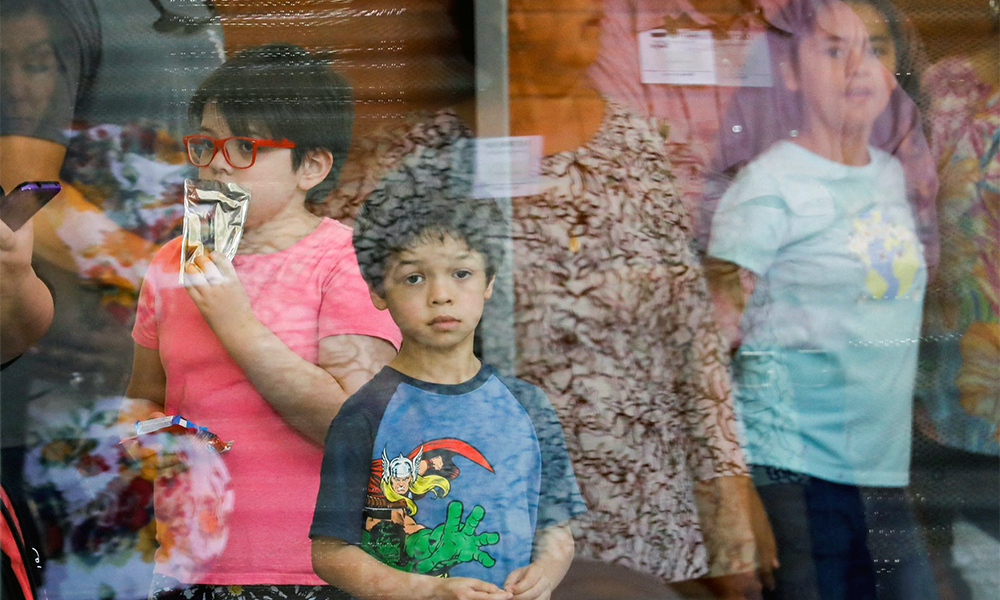 A teenage gunman killed at least 19 children and two adults after storming into a Texas elementary school on Tuesday, the latest bout of gun-fueled mass murder in the United States and the nation’s worst school shooting in nearly a decade.

The 18-year-old suspect, who was killed apparently by police, also had shot his own grandmother before fleeing from the scene, then crashing his getaway car and launching a bloody rampage at Robb Elementary School in the town of Uvalde, Texas, about 80 miles (130 km) west of San Antonio.

The motive was not immediately clear.

Law enforcement officers saw the gunman, clad in body armor, emerge from his crashed vehicle carrying a rifle and “engaged” the suspect, who nevertheless managed to charge into the school and open fire, Texas Department of Public Safety (DPS) Sergeant Erick Estrada said on CNN.

Biden ordered flags flown at half-staff daily until sunset on Saturday in observance of the tragedy.

Governor Greg Abbott said that the suspect, identified as Salvador Ramos, was apparently killed by police officers, and that two officers were struck by gunfire, though the governor said their injuries were not serious.

After confusing early accounts of the death toll, the state attorney general’s office in an official statement put the tally of lives lost at 18 children and two adults, including the gunman. A Texas DPS spokesperson later told CNN that 19 school children and two adults were killed, not counting the shooter.

The school’s student body consists of children in the second, third and fourth grades, according to Pete Arredondo, chief of the Uvalde Consolidated Independent School District Police Department, who also addressed reporters. Pupils in those grades would likely have ranged in age from 7 to 10.

The carnage unfolded 10 days after 10 people were killed in Buffalo, New York, in a predominantly Black neighborhood. Authorities have charged an 18-year-old man who they said had traveled hundreds of miles to Buffalo and opened fire with an assault-style rifle at a grocery store.

Tuesday’s bloodshed in Texas began when the suspect shot his grandmother before going to the school, Texas Department of Public Safety officer Chris Olivarez said on Fox News, a development Abbott mentioned earlier in the day.

“I have no further information about the connection between those two shootings,” the governor said.

University Hospital in San Antonio said on Twitter that it had received two patients from the shooting in Uvalde, a 66-year-old woman and a 10-year-old girl, both listed in critical condition.

Uvalde Memorial Hospital said 15 students from Robb Elementary were treated in its emergency room, with two transferred to San Antonio for further care, while a third patient transfer was pending. It was not immediately clear whether all of those students survived.

A 45-year-old victim grazed by a bullet was also hospitalized at Uvalde Memorial, the hospital said.

Hours after the shooting, police had cordoned off the school with yellow tape. Police cruisers and emergency vehicles were scattered around the perimeter of the school grounds. Uniformed personnel stood in small clusters, some in camouflage carrying semi-automatic weapons.

The rampage was the latest in a series of mass school shootings that have fueled a fierce debate between advocates of tighter gun controls and those who oppose any legislation that could compromise the constitutional right of Americans to bear arms.

The shooting in Texas was one of the deadliest at a U.S. school since a gunman killed 26 people, including 20 children, at Sandy Hook Elementary School in Connecticut in December 2012. In 2018, a former student at Marjory Stoneman Douglas High School in Parkland, Florida, killed 17 students and educators.

Firearms became the leading cause of death for U.S. children and adolescents in 2020, surpassing motor vehicle accidents, according to a University of Michigan research letter published in the New England Journal of Medicine last month.

The day’s horrors were reflected on the Facebook page of Robb Elementary School.

Earlier this week, its posts showed the usual student activities – a trip to the zoo for second-graders and a save-the-date for a gifted-and-talented showcase. But on Tuesday, a note was posted at 11:43 a.m.: “Please know at this time Robb Elementary is under a Lockdown Status due to gunshots in the area. The students and staff are safe in the building.”

A second post was more explicit: “There is an active shooter at Robb Elementary. Law enforcement is on site.” Administrators asked parents to stay away. And finally, a note was posted advising parents that they could meet their children at the small city’s civic center.

FACTBOX-Grim chronology of mass shootings in the United States We have to act,’ Biden says after Texas massacre, offers no specificsQUOTES-‘How many more lives?’: Reactions to Texas school shootingTexas elementary school’s end-of-year plans shattered by shooting 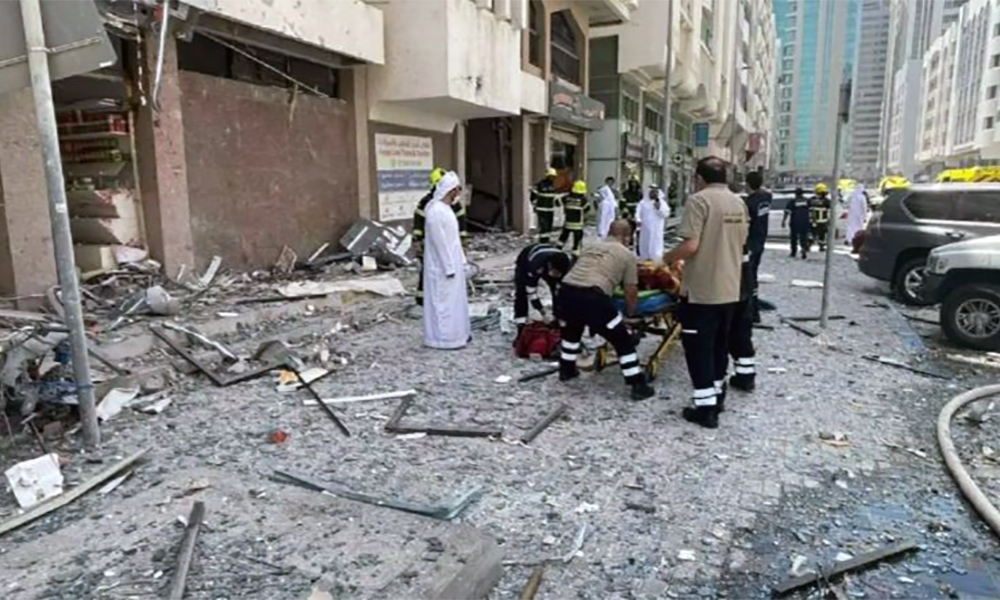 Two people were killed and 120 injured on Monday when a gas cylinder exploded inside a restaurant in the United Arab Emirates’ capital Abu Dhabi, police said.

Civil defense firefighters managed to contain the fire, which damaged several shops and the facades of six buildings, the police added.

They had said earlier that four buildings were evacuated.

Pictures published by local media showed glass debris and some rubble strewn along the sidewalk. The restaurant is located in Khaldiya, a district close to the sea front. 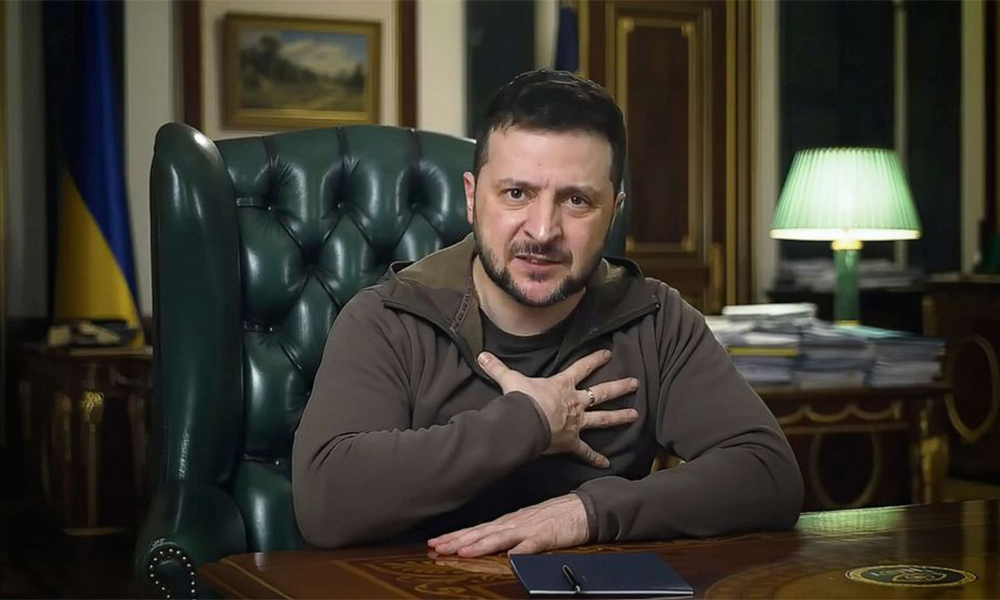 Ukrainian President Volodymyr Zelenskiy said on Monday that President Vladimir Putin was the only Russian official he was willing to meet with to discuss how to end the war, Reuters reported.

Zelenskiy, addressing by video link an audience at the World Economic Forum in Davos, also said that arranging any talks with Russia was becoming more difficult in light of what he said was evidence of Russian actions against civilians under occupation.

According to Reuters Russia denies targeting civilians in what it calls a “special operation” to degrade Ukraine’s military capabilities.

“The president of the Russian Federation decides it all,” said Zelenskiy through an interpreter. “If we are talking about ending this war without him personally, that decision cannot be taken.”

Zelenskiy said the discovery of mass killings in areas occupied by Russian troops earlier in the war, particularly outside Kyiv, made it more difficult to arrange talks and he would rule out any discussions with other officials, read the report.

“I cannot accept any kind of meeting with anyone coming from the Russian Federation but the president,” he said. “And only in the case when there is one issue on the (table): stopping the war. There are no other grounds for any other kind of meeting.”

According to Reuters Russian and Ukrainian negotiators have held sporadic talks since Russian forces poured into Ukraine at the end of February, but both sides say the talks have stalled.

Zelenskiy told Ukrainian television last week that it was impossible to halt the war without some sort of diplomacy involved.

In his remarks to the audience in Davos, Zelenskiy also said that war came at a huge human price for Ukrainians. The country’s forces, he said, were making gains, notably near the second city of Kharkiv, but “the bloodiest situation remains in Donbas, where we are losing too many people”.

He added that any notion of recovering by force the Crimea peninsula, seized and annexed by Russia in 2014, would cause hundreds of thousands of casualties, Reuters reported.