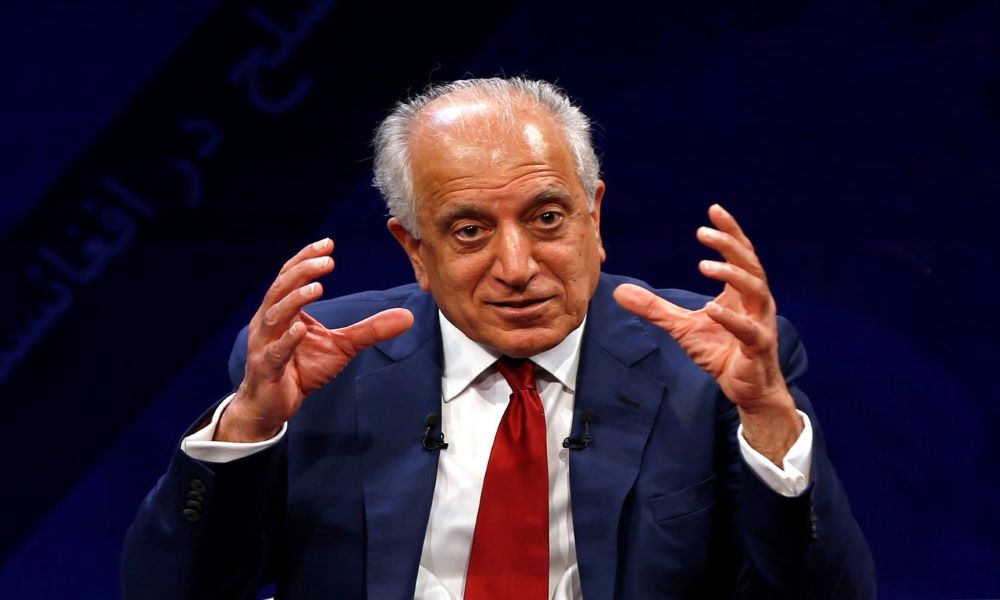 The Taliban and the Kabul government are far apart in U.S.-backed talks on bringing peace to Afghanistan, with the insurgents demanding “the lion’s share of power” in any new government, the special U.S. envoy said on Tuesday.

Afghan-born veteran U.S. diplomat Zalmay Khalilzad’s bleak assessment of the peace process coincides with Taliban advances on provincial capitals that have uprooted tens of thousands of civilians as the U.S. troop pullout nears completion after 20 years of war.

“At this point, they (the Taliban) are demanding that they take the lion’s share of power in the next government given the military situation as they see it,” Khalilzad told the Aspen Security Forum in an online conference.

The deadlocked negotiations in Doha were the subject of a telephone call on Tuesday between U.S. Secretary of State Antony Blinken and Afghan President Ashraf Ghani, with them agreeing on the need accelerate talks, the U.S. State Department said.

The Taliban’s rapid advances have fueled fears that the insurgents aim to re-establish by force their harsh brand of Islamist rule ended by the 2001 U.S.-led invasion, including the repression of women and the independent media.

The insurgents say they want a peace deal.

Price told reporters that the insurgents would become “international pariahs” if they renege on their commitment to the negotiations “and the concern on the part of all of us, one of the many concerns, is that the result will be civil war.”

Khalilzad was the architect of the U.S.-Taliban deal for a U.S. troop pullout reached in February 2020.

In his rare public assessment of the Doha talks started under that deal, Khalilzad said peace can only be reached through a ceasefire and negotiations that would establish a transitional government.

Ghani’s administration says the talks should focus on “bringing the Taliban into the current government,” he said.

The Taliban contend that Ghani’s government “is the result of military occupation” and they want an agreement on a transitional government and constitution, Khalilzad continued.

“They are far apart,” he said. “They are trying to affect each other’s calculus and the terms by what they are doing on the battlefield.”

Khalilzad said that 40 years of continuous conflict “has no legitimacy any more.”

“It’s a struggle for a balance of power, dispensation of power between various factions, and no Afghans, especially civilian Afghans, should die because of that,” he added in remarks that risked angering the U.S.-backed Ghani government.

Blinken expresses concern over escalation of violence by Taliban