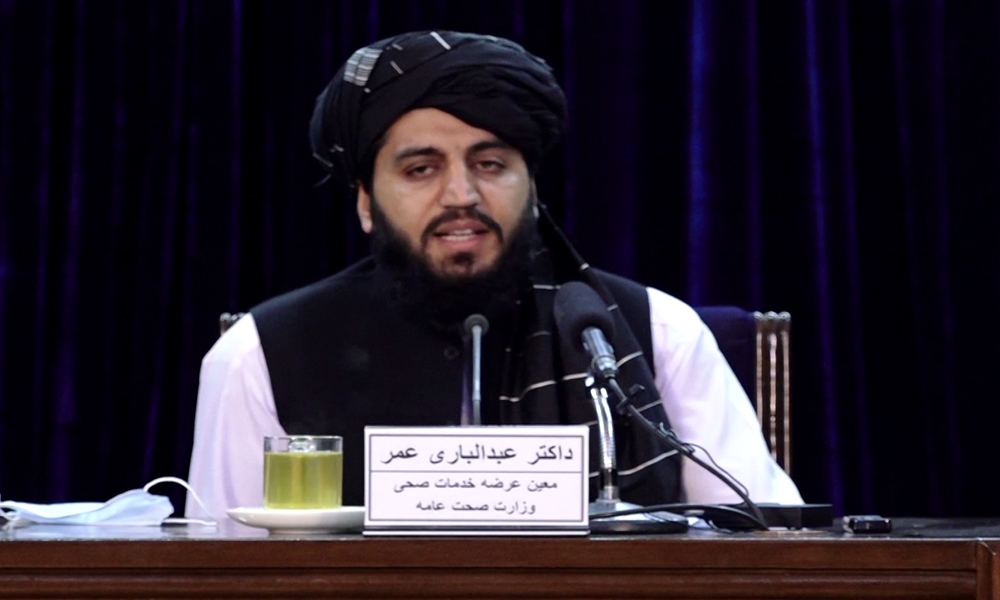 Afghanistan’s Ministry of Public Health said 90 percent of foreign aid to the health sector has been cut, which has resulted in serious challenges.

Addressing a press conference on Saturday in Kabul, Abdul Bari Omar, the deputy minister of health, said that despite the challenges, health centers are open across the country.

“They (foreign organizations) skip all their commitments, a crisis was created here. If it was to happen under the former government, they (former government) would also have faced such a crisis,” said Omar.

This comes as the Omicron variant of COVID-19 continues to spread rapidly across the world. However, the health ministry said they want to curb the spread of the virus.

“It (new variant of COVID-19) has arrived in Pakistan; we call on international organizations to help us curb the spread of the virus. We are ready and have COVID-19 medicine,” added Omar.

Omar also noted that under the old government, 3.5 million people turned to drugs and became addicted.

“It (services) is not good, it is worse,” said Yousef, a relative of a patient currently in hospital.

“Doctors are trying [to save lives of patients]. We buy drugs at the bazaar. Our patient’s situation is not good,” said Jafar, another relative of a patient.

This comes after the World Health Organization (WHO) warned last month that unless help is provided, the Afghanistan health sector could collapse.

According to WHO, Afghan health centers face a critical shortage of medicines and medical supplies.

Afghanistan tops list for number of child casualties since 2005 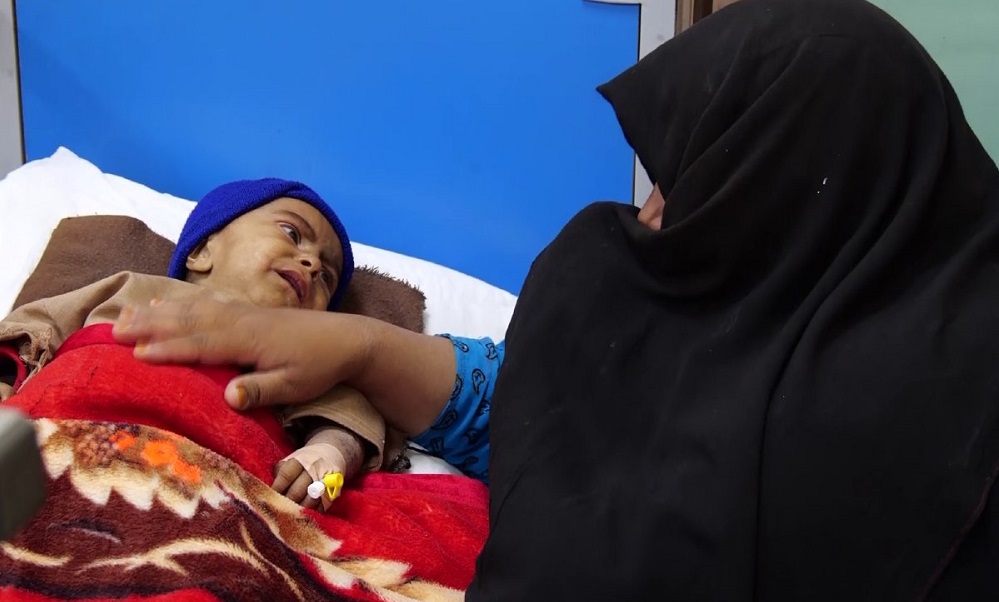 As many as 400 cholera cases have been confirmed in recent months in Afghanistan’s southern Zabul province, health officials said on Tuesday.

Javed Hazhir, a spokesman for Public Health Ministry, said that cases have been reported in other provinces but that more cases of cholera are reported in warmer provinces in the country.

“Kabul, Nangarhar, Herat, Helmand and Kandahar are among provinces with the most number of cases,” Hazhir said.

He advised citizens to wash their hand before having a meal and after every trip to the toilet.

The lack of access to health facilities, poverty and unemployment are said to be the major causes of the increase in the number of cholera cases.

“I request the Public Health Ministry to pay attention to the outbreak in order to prevent deaths,” said Rahmatullah, a resident of Zabul.

Subhanullah, another Zabul resident, said that people are poor and they can’t afford to buy medicines.

The cholera surge comes as Afghanistan is already grappling with the challenges of drought, poverty and an economic crisis.

Afghanistan is in the grips of one of the worst humanitarian crises in the world and international organizations have warned of the collapsing healthcare system.

The country is also facing multiple outbreaks of disease, including COVID-19, measles, and diarrhea, as well as acute malnutrition.

WHO says no urgent need for mass monkeypox vaccinations 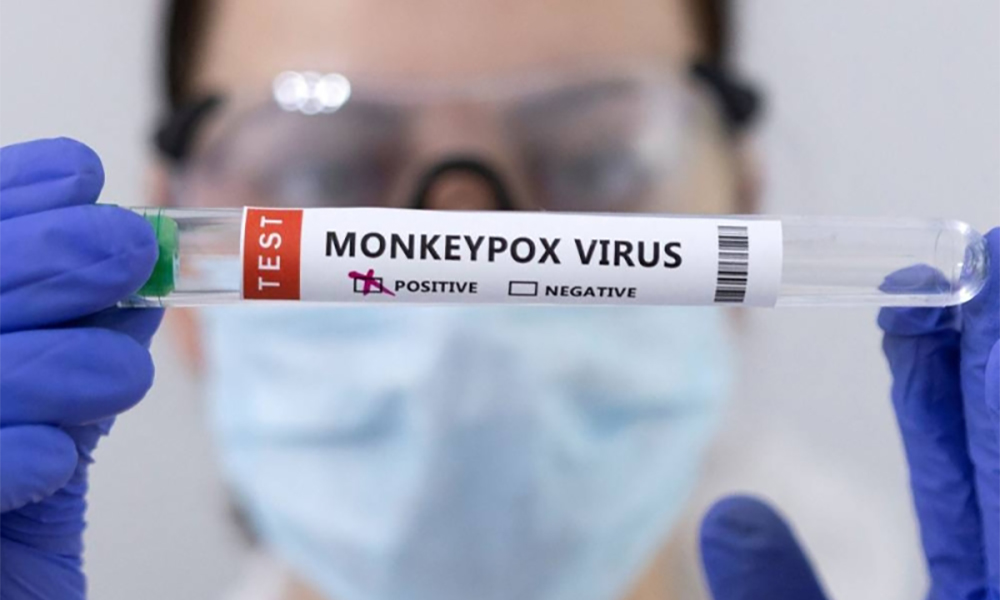 The World Health Organization does not believe the monkeypox outbreak outside of Africa requires mass vaccinations as measures like good hygiene and safe sexual behaviour will help control its spread, a senior official said on Monday.

Richard Pebody, who leads the high-threat pathogen team at WHO Europe, also told Reuters in an interview that immediate supplies of vaccines and antivirals are relatively limited.

His comments came as the U.S. Centers for Disease Control and Prevention said it was in the process of releasing some Jynneos vaccine doses for use in monkeypox cases.

Germany’s government said on Monday that it was assessing options for vaccinations, while Britain has offered them to some healthcare workers.

Public health authorities in Europe and North America are investigating more than 100 suspected and confirmed cases of the viral infection in the worst outbreak of the virus outside of Africa, where it is endemic.

The primary measures to control the outbreak are contact tracing and isolation, Pebody said, noting that it is not a virus that spreads very easily, nor has it so far caused serious disease. The vaccines used to combat monkeypox can have some significant side-effects, he added.

It is unclear what is driving the outbreak, with scientists trying to understand the origin of the cases and whether anything about the virus has changed. There is no evidence the virus has mutated, a senior executive at the U.N. agency said separately on Monday.

Many – but not all – of the people who have been diagnosed in the current monkeypox outbreak have been men who have sex with men. But that may be because this demographic is likely to seek medical advice or access sexual health screening more readily, the WHO said earlier in the day.

Most of the confirmed cases have not been linked to travel to Africa, which suggests there may be large amounts of undetected cases, said Pebody. Some health authorities suspect there is some degree of community spread.

“So we’re only seeing … the tip of the iceberg,” he said.

Given the pace of the outbreak, and lack of clarity around what is driving it, there has been worry that large events and parties this summer could make things much worse.

“I’m not saying to people don’t have a good time, don’t go to attend these events,” Pebody said.

“It’s rather around what people do at the parties that matters. So it’s about safe sexual behaviour, good hygiene, regular hand washing – all these sorts of things will help to limit the transmission of this virus.” 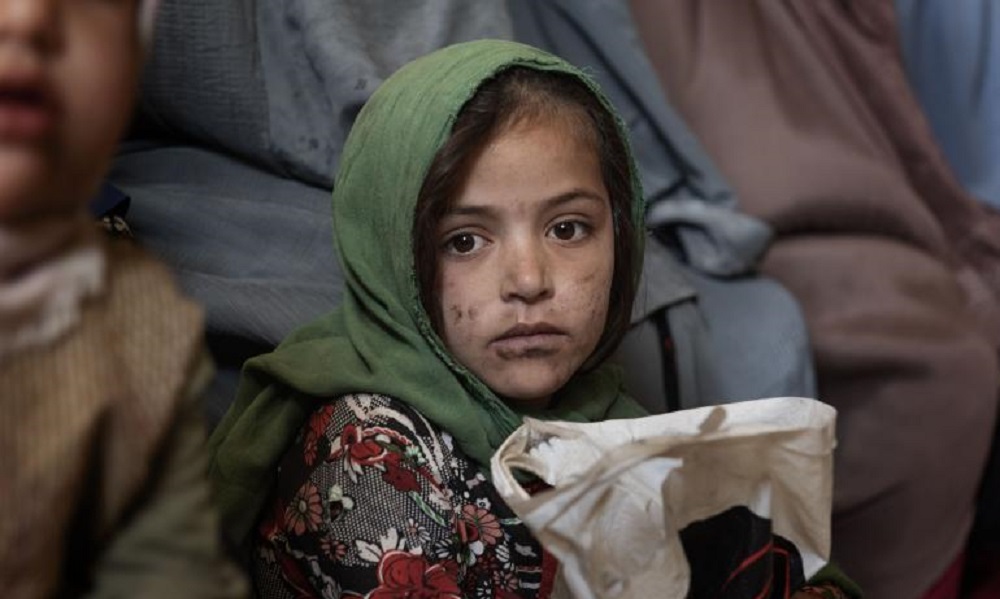 Save the Children said Monday, in its latest report on Afghanistan, that 24.4 million people, including 13 million children, need humanitarian assistance and that over five million children are close to famine.

In addition to this, Save the Children said eight million children need support to access education in Afghanistan and 10 million children are at risk of dropping out of school if teacher salaries are not paid and crippling poverty levels continue.

The report also noted that 4.5 million children are in need of mental health and psychosocial support.

The organization stated that armed clashes continue in Baghlan, Takhar and Panjshir provinces, where Islamic Emirate of Afghanistan (IEA) “authorities are being attacked”.

“Increased number of explosions in Kabul city killed and injured a number of civilians, including children. In addition, airstrikes by Pakistani Air Forces killed 41 civilians including six children in Khost and Kunar provinces” last month, the report stated.

Save the Children said the economic crisis continues to impact the finances of families and in a survey carried out by the organization, it was found the majority of the families reported loss of some or all of their income and are unable to afford the rising cost of food.

“93% of people in Afghanistan face insufficient food consumption due to the economic decline. 4.5million children and breastfeeding women are at risk of acute malnutrition in 2022,” the report stated.

Of the total cases, approximately 80 percent have been children ages five years and younger, Save the Children organization said.

In conclusion, the report noted that the ban on secondary school girls attending classes, and the non-payment of teacher salaries has led to growing rates of teacher, and subsequently student, absenteeism and drop-out.

“Shortages of qualified female teachers serve as a barrier to girls’ access to education,” the report stated.