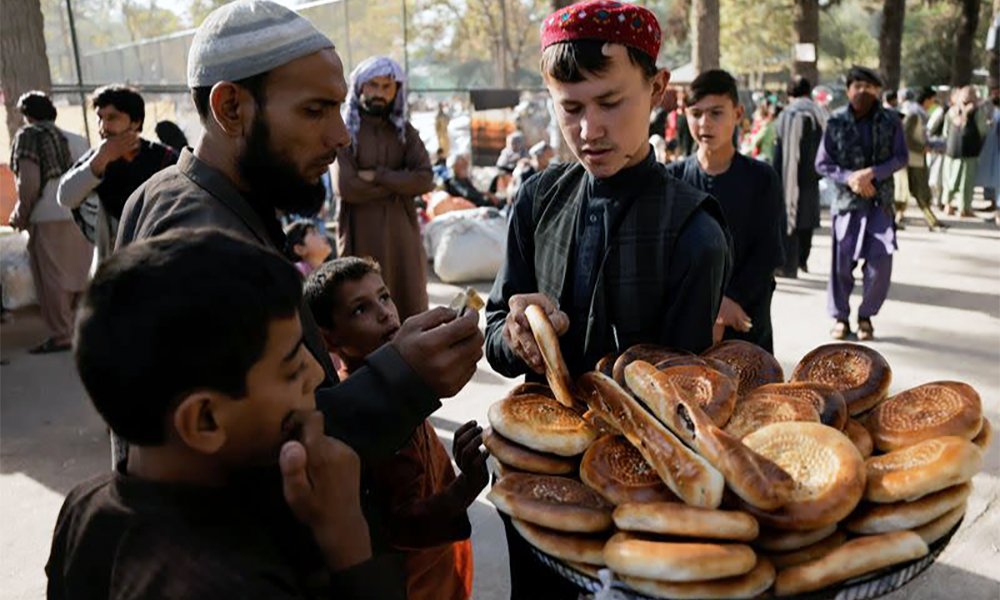 In a bid to address the major humanitarian crisis Afghanistan is facing, the European Union has launched projects worth €268.3 million ($304 million) that focusses on maintaining education, sustaining livelihoods, and protecting public health.

According to a statement issued by the UN, the funding is being channelled through United Nations agencies working in Afghanistan and benefits the Afghan population directly.

Commissioner for International Partnerships, Jutta Urpilainen, said: “I am pleased that we are addressing basic human needs and supporting livelihoods under the clear parameters set out by the Foreign Affairs Council.

“The projects focus on health, nutrition, clean water, sanitation, and education, in particular for women and girls. We are also supporting income generating activities, food security and local markets.

“We have reacted quickly to alleviate the suffering of the population and preserve a future for the Afghan people, especially women and youth,” said Urpilainen.

Seven EU projects, worth a total of €186 million, support health, education and livelihoods for Afghans and will be implemented through United Nations Children’s Fund (UNICEF), United Nations Development Programme (UNDP), the World Health Organization (WHO) and the World Food Programme (WFP).

A €50 million project implemented by UNICEF will provide around 194,000 public teachers nationwide with emergency cash support of around €90 per month for two months during the harsh winter time, the statement read.

Another €11 million project will ensure the provision of food at schools and to take home for boys and girls in primary school. For girls in secondary level, the EU will also support cash transfers for their households conditional on girls’ school attendance.

In addition to this, a €25 million project, implemented by UNICEF and the WHO, will allow for polio vaccine procurement and other measures and working with the WFP, the EU will increase food security, of €50 million, for around 450,000 persons.

Also, working with UNDP, a €15 million project will allow around 23,000 entrepreneurs, mainly women, to receive technical and/or financial support to develop and expand their businesses.

According to the statement, the EU has launched another five projects for a total of €79 million to address forced displacement and migration in Afghanistan, Iran, Pakistan and Central Asia.

Support will also be given to vulnerable Afghans and host communities in Iran through a project, with the Norwegian Refugee Council (NRC), totalling €14 million.

A €1 million project to enhance the capacities of Surkhandarya region in Uzbekistan to educate and train Afghan citizens will also be carried out and the EU will also increase its support to Afghan Human Rights Defenders at risk and Civil Society Organisations with two projects worth €3.3 million.

According to the statement, more projects in all these sectors are due to be launched in the coming months.

Related Topics:$300 millionAfghanistanEUfeaturedhumanitarian projects
Up Next

Higher education will be open to men and women based on Sharia: Deputy PM 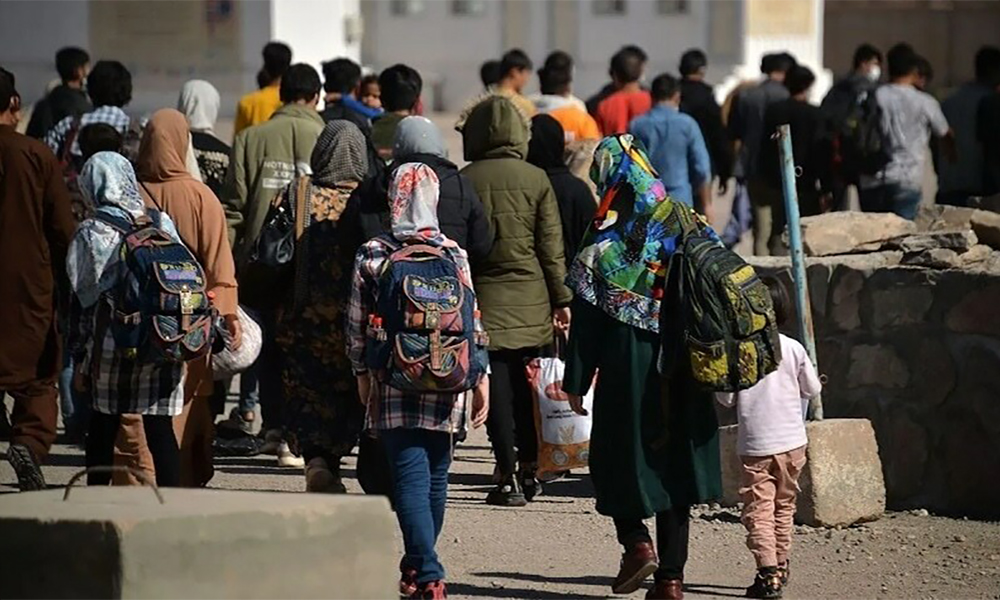 Islamic Emirate of Afghanistan’s (IEA) acting deputy minister of refugees and repatriation Muhammad Arsala Kharoti said on Saturday that about 700,000 Afghan refugees have been deported from Iran in the past nine months.

Addressing a press conference during a visit to Herat province, Kharoti said many of these refugees have been forcibly deported.

He said the issue of mistreatment of Afghans by Iranian officials has been raised with Tehran on a number of occasions.

“We also contacted the Iranian government and summoned the ambassador for Iran; the Ministry of Foreign Affairs expressed our dissatisfaction, so those who are accused of abusing Afghans should be found and those who are guilty should be punished,” Kharoti said.

During the press conference, a US-based charity handed over a large shipment of clothing to the ministry, which will distribute to vulnerable families across the country.

Farhad Safi, Coordinating Director of the Zarmani Foundation, said: “We reached an agreement with the Ministry of Refugees to hand over these clothes and based on the surveys they have carried out, they will transfer this aid to all provinces, especially the provinces with the most vulnerable and needy.”

Officials at the charity say the shipment is worth about $5 million.

“We assure you that we will deliver the aid to the deserving and the vulnerable with full transparency,” Kharoti said.

This comes amid an increase in the numbers of deportees from Iran said officials. According to them, as many as 3,000 people return through the Islam Qala border crossing into Herat daily. 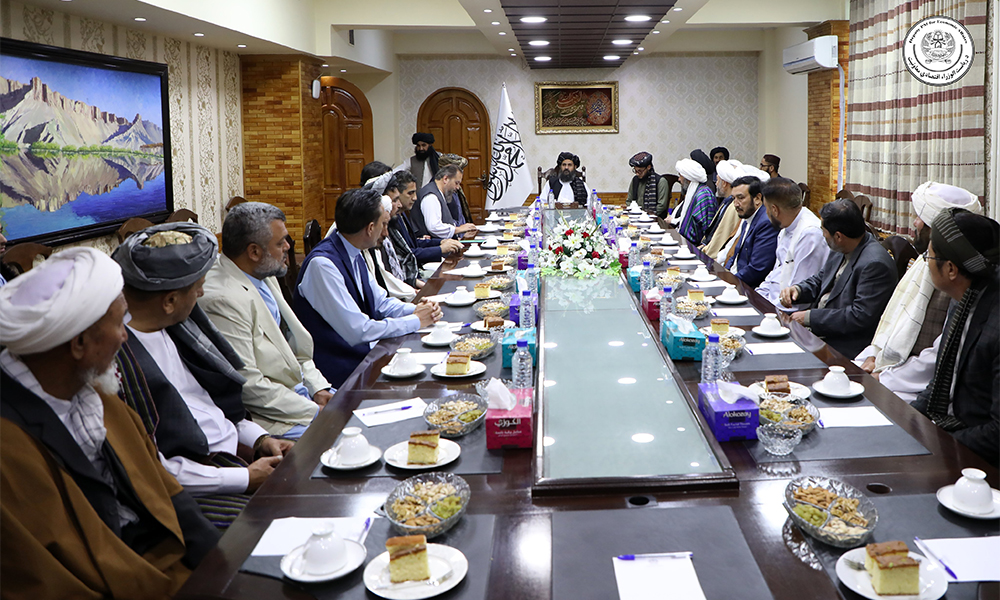 First Deputy Prime Minister Mullah Abdul Ghani Baradar on Friday met with a delegation of Shia clerics and tribal elders and told them the Islamic Emirate of Afghanistan (IEA) does not want a monopoly of power.

“The position of the Islamic Emirate of Afghanistan is clear, it does not want monopoly of power,” Baradar told clerics and elders.

According to the clerics and tribal elders, they have always supported an Islamic system and they support the Islamic Emirate.

“We have always supported the Islamic Emirate and … we condemn all actions and efforts to weaken the existing Islamic system,” they said.

They also described the Islamic Emirate as the “core of unity and solidarity among the tribes living in Afghanistan” and that the “ulema has always prevented any kind of insurgency and insecurity in Shiite-populated areas”.

“The Bonn Conference is a document of the birth of occupation, ethnic and regional prejudices, and on the contrary the Doha agreement is a document of freedom and unity and brotherhood between nations,” they said.

Former ethnic dictators and other intelligence operatives who have maintained their interests in dividing the nation no longer exist here,” they stated.

The delegation also put forward some suggestions which they shared in writing with Baradar, the First Deputy Prime Minister’s Office said.

The door of the Islamic Emirate is open to every citizen of Afghanistan, Baradar said. Adding that “we welcome anyone who serves Afghanistan and the Afghan people.”

He stated that the welfare and economic stability of the people is an important program for government which aims to improve the economic situation in the short term, provide jobs to the people and increase the country’s national revenue. 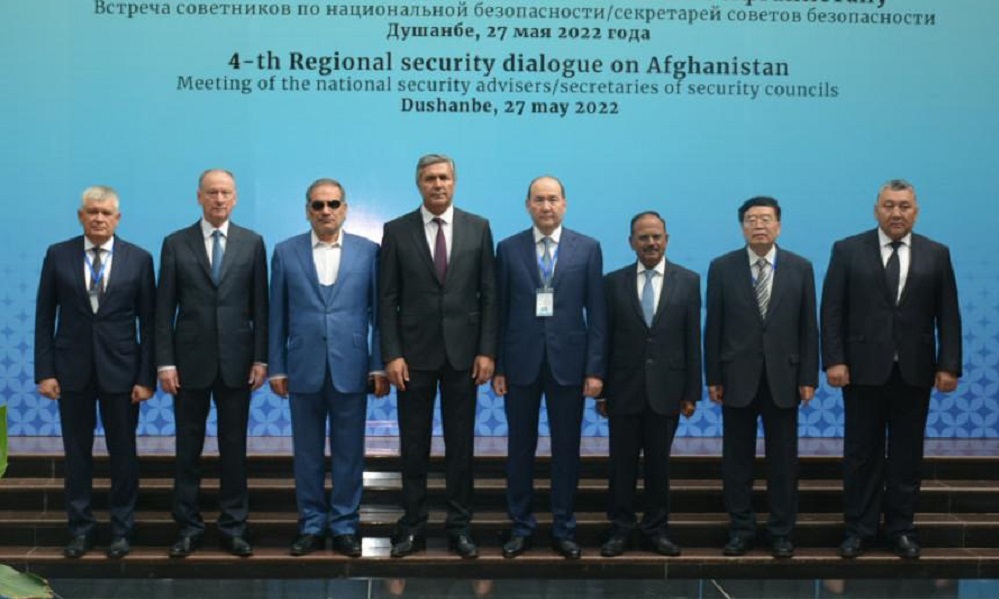