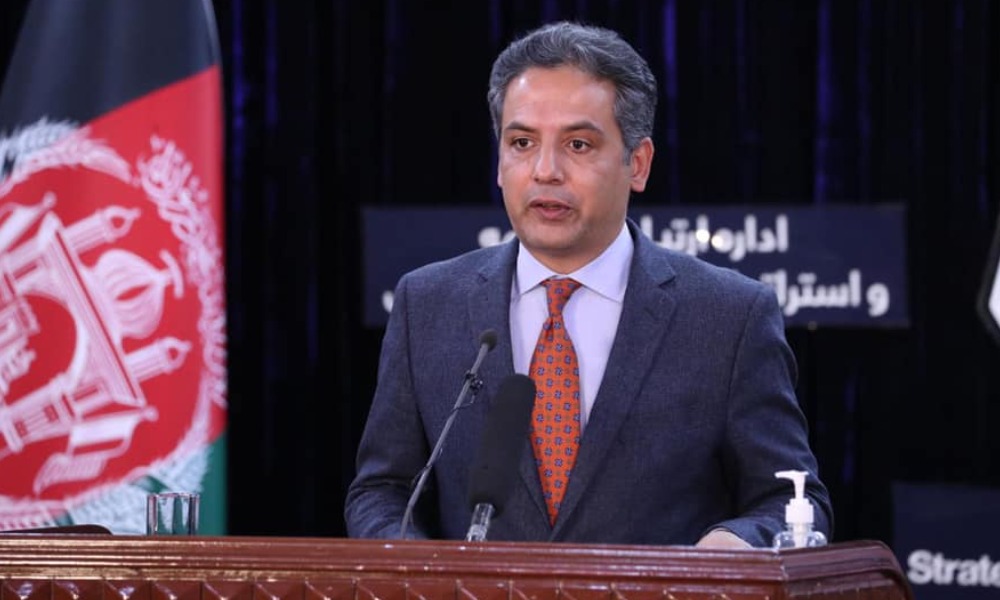 Waheed Omer, President Ashraf Ghani’s advisor and director general of the Office of Public and Strategic Affairs said on Saturday the Taliban must first fulfil its obligations made in the past before laying down new demands.

Speaking at a press conference Omer said that in the past two years the Afghan government has taken six major steps towards peace, but this has not been reciprocated by the Taliban.

“The Taliban has not taken even a small step towards peace over the last two years,” Omer said.

“Instead of imposing new conditions, they [Taliban] must fulfill their past commitments,” Omer added.

Omer also emphasized that peace based on a deal between several politicians or “elite peace” will not be sustainable.

Taliban members have said they are willing to enter into talks with a new administration if Ghani steps down, but the president has rejected the idea of an interim government, which he said Friday just leads to bloodshed – as experienced in the past.

“We have to agree on the election date that there is a legitimate way to transfer power, we had transitional governments, which led to bloodshed,” Ghani said.

However, experts say that any pursuit of supremacy by the Taliban and the government will completely thwart the peace efforts.

“In Afghanistan, there is a need for a national reconciliation between the two sides of the war, until the two sides stop fighting and seeking supremacy, there will be no peace in Afghanistan,” said Tariq Farhad, a former presidential adviser.

Meanwhile, State Ministry of Peace Affairs says the Taliban is not willing to sit down at the negotiating table.

“The other side is not yet ready to sit at the negotiating table, so the consequences of civilian casualties as a result of the ongoing war and violence are on those who are delaying the peace process,” said Najia Anwari, the ministry’s spokeswoman.

Meanwhile the president’s adviser Omer also said that the Taliban negotiators are not showing any interest in holding meetings with the Afghan Republic’s peace talks team in Doha after negotiations resumed early this month following a three week break.

“Our war with the Taliban is over values. We are ready to be convinced or to convince them. Our hope is that the Taliban will participate in Doha and focus more on talks,” Omer said.

However, the peace talks in Doha have stalled and face an uncertain fate. Each side accuses the other of obstructing the process and making excuses.