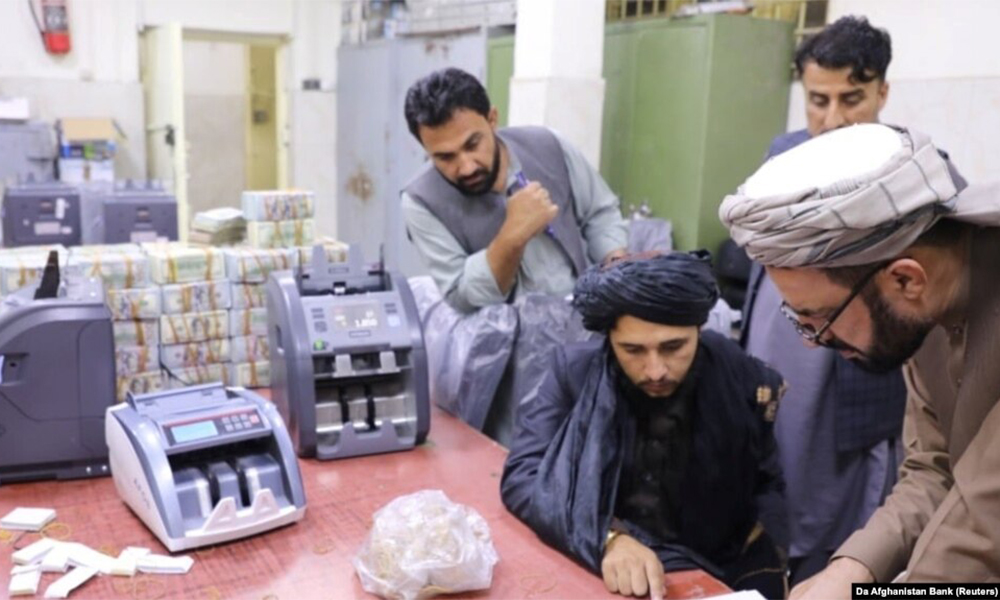 Afghanistan continued to face a severe liquidity crisis this quarter with access to physical bank notes constrained and banks facing major liquidity challenges due to declining economic activity, lack of trust in the banking center among Afghans, and an inability to transact internationally.

The US Special Inspector General for Afghanistan (SIGAR) said in its latest quarterly report that Da Afghanistan Bank (DAB), Afghanistan’s central bank, will require significant technical support from the international community to tackle these challenges.

The report stated that prior to the Islamic Emirate of Afghanistan’s (IEA) takeover in August last year, Afghanistan’s financial system had been underdeveloped relative to the context of its growth in recent decades, with a low assets-to-GDP ratio and a heavily dollarized banking system.

Approximately 60% of deposits in the country were made in foreign currency. The report stated that in this monetary environment, maintaining financial stability requires both domestic currency (AFN) liquidity and, more importantly, foreign exchange (FX) liquidity.

However, DAB is limited in its ability to control the AFN monetary supply and value due to several factors including the lack of domestic technical capabilities to print currency, which Afghanistan outsources to foreign companies.

“For years, DAB would prop up the value of the afghani (AFN) by regularly auctioning US dollars pulled from its foreign reserves. Prior to August 2021, Afghanistan’s central bank reportedly received quarterly shipments of $249 million in US banknotes from its foreign reserves. This stopped after the Taliban (IEA) takeover prompted the United States to place a hold on US-based Afghan central bank reserves.

“The loss of these US dollar transfers and other sources of foreign currency plunged Afghanistan’s financial system into free fall,” SIGAR stated.

The resulting liquidity crisis has caused salary disruptions for hundreds of thousands of government employees, teachers, and health-care workers, and has imposed limitations on the operations of international aid groups in the country.

“The banking system is totally paralyzed. The central bank is not operating,” according to Robert Mardini, director general for the International Committee of the Red Cross as cited by SIGAR.

Mardini said that his organization is instead paying 10,000 doctors and nurses via the informal hawala money-transfer system.

This has also contributed to a worsening domestic credit market. In the absence of international support, banks have ceased extending new credit to small- and medium-sized enterprises.

In recent months, the increased supply of US dollars from humanitarian channels, averaging around $150 million per month, has helped stabilize the value of the afghani.

However, these humanitarian channels are viewed as stopgap measures that are an insufficient substitute for the normal functioning of a central bank, SIGAR stated.

In her March 2 statement to the UN Security Council, UNAMA head Deborah Lyons cited the “lack of access to hard currency reserves, lack of liquidity, and constraints on the central bank to carry out some of its core functions” as key challenges to reviving the Afghan economy.

Total international DAB reserves were $9.76 billion at the end of 2020, according to the most recent data available to the IMF. Of this amount, $2 billion was deposited in financial institutions in the United Kingdom, Germany, Switzerland, and the United Arab Emirates.

Some $7 billion in DAB reserve funds deposited at the Federal Reserve Bank of New York are now frozen by the US government.

Economists at New York University and the University of Chicago suggested that if central-bank reserves were placed directly with households or with other financial intermediaries, it could enhance the desired increase in liquidity.

Liquidity is a concern for households as well as for the banking system and businesses. Raising household liquidity in Afghanistan is challenged by rising unemployment, the fact that only 10–20% of Afghans have bank accounts, the uncertain status of DAB’s electronic payment system and the declining volume of market transactions as reflected in the country’s declining GDP.

SIGAR stated however that the Biden Administration is currently exploring possible avenues for disbursing $3.5 billion of the frozen assets for humanitarian relief efforts, possibly through a separate trust fund or by providing support through the United Nations or another enabling organization.

The move to freeze assets meanwhile sparked outrage throughout Afghan society, including among leaders unaffiliated with the IEA.

Shah Mehrabi, a long-time member of the Afghan central bank’s board of governors, called the decision “unconscionable” and “short-sighted.”

Mehrabi argued that the central bank should be treated as independent of the IEA regime, and that depriving the bank of its reserves could lead to “total collapse of the banking system” and further hurt millions of Afghans suffering in the economic and humanitarian crises.

Analysts have expressed concern over both the seizure of the reserves and the reported proposals to provide those funds in the form of humanitarian assistance.

Paul Fishstein of NYU’s Center on International Cooperation argues that the executive order gave inadequate attention to the macroeconomic collapse of the country.

Fishstein said the release of the central bank’s reserves could instead be used to restore unnecessary exchange rate stability and ease the liquidity crisis.

William Byrd of the US Institute of Peace (USIP) said that even if only half of DAB’s total reserves are devoted to support its basic activities as a central bank, it would “provide an opportunity to make a start toward stabilizing the economy and private sector.”

Uzbekistan sends in another shipment of aid to Afghanistan 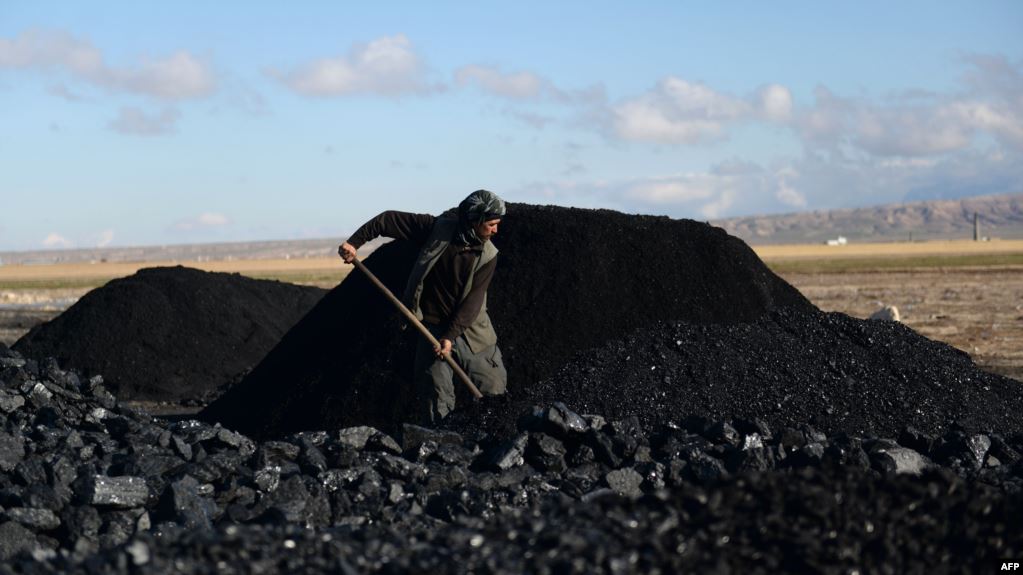 The Ministry of Finance says that since the Islamic Emirate of Afghanistan (IEA) came into power, exports of coal have increased significantly.

A ministry spokesman said coal is an important source of revenue and that the ministry does prioritize this sector.

“In the last six months, we have earned more than three billion Afghanis from coal exports, and we want to make it easier to have more revenue in this area,” said Ahmad Wali Haqmal, a spokesman for the Ministry of Finance.

The Ministry of Finance has also provided facilities for the export of coal at customs offices. Some members of the private sector say that national traders are also interested in investing in the sector and in coal-generated power.

“Our country’s investors are trying to invest in coal energy production, and we have a high capacity in this sector and we have measures for that,” said Shirbaz Kaminzada, head of the Chamber of Industries and Mines.

According to economists in Afghanistan, there are many areas for investment in energy production, and if the Islamic Emirate can attract investors, Afghanistan will soon enter a new phase of economic growth. 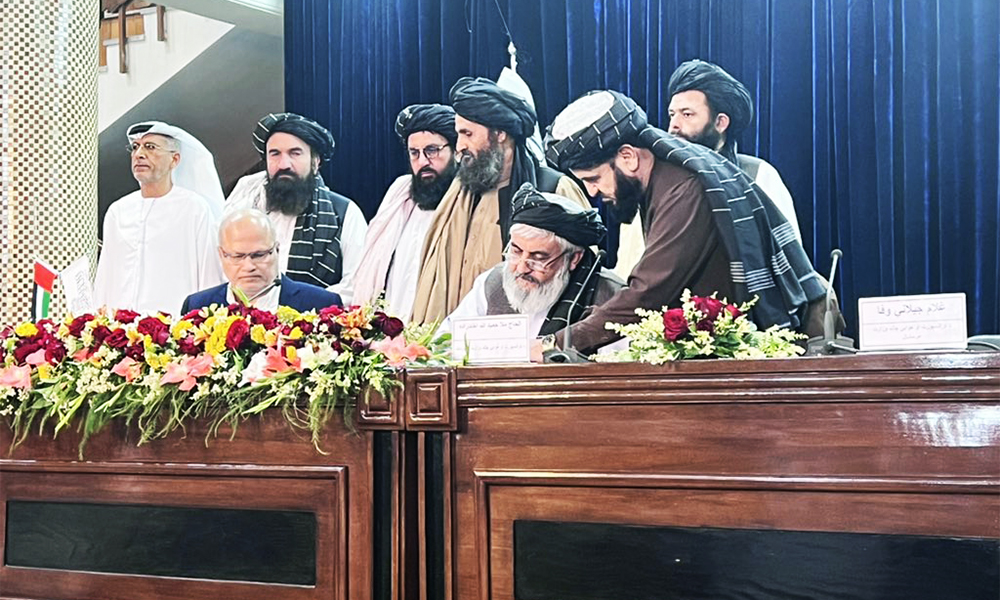 A contract for the regulation and management of the country’s four airports was signed with the United Arab Emirates (UAE) on Tuesday, the Afghan Civil Aviation Authority (ACAA) said.

The agreement was signed between Hamidullah Akhundzada, acting head of the Ministry of Transport and Aviation, and Razzaq Aslam, CEO of GAAC, a UAE based consortium with specialist expertise in airport management.

The agreement comes as Turkey and Qatar have been negotiating with Islamic Emirate officials for months to manage Afghanistan’s international airfields, however, the negotiations stalled when the IEA opposed requests for foreign forces to secure the airports.

The airports involved are Kabul, Herat and Kandahar.

The company will be responsible for unloading and loading of planes after landing and before takeoff.

At the signing ceremony, the First Deputy Prime Minister called on international investors to invest in Afghanistan, and said the Islamic Emirate is committed to providing them with the necessary investment opportunities.

At the signing ceremony of the contract, the First Deputy PM Mullah Abdul Ghani Baradar said that the IEA is working hard to strengthen the country’s economy.
“With this contract, all international airlines will start their flights to Afghanistan in a safe and reliable environment, and it will help us to increase trading and business with other countries,” Baradar said.

Ministry of Transport officials say the company will provide ground-based services in line with international standards, leading to an increase in international flights.

However, the Deputy Prime Minister says that flights into and out of Kabul will soon increase and Afghanistan’s revenue will increase through air corridors. 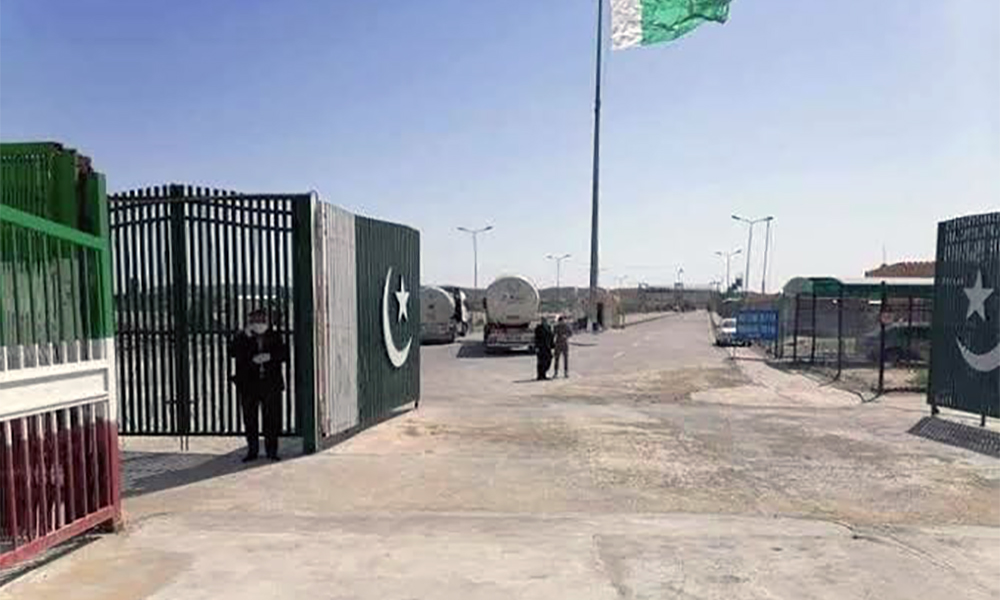 “The crossings are to facilitate economic activity and regulate the visitors,” Sadiq tweeted.

According to Sadiq Arandu between Chitral and Kunar and Benshahi between Lower Dir and Kunar are the first two crossings of the series to be made operational.

The Islamic Emirate of Afghanistan has not yet commented.