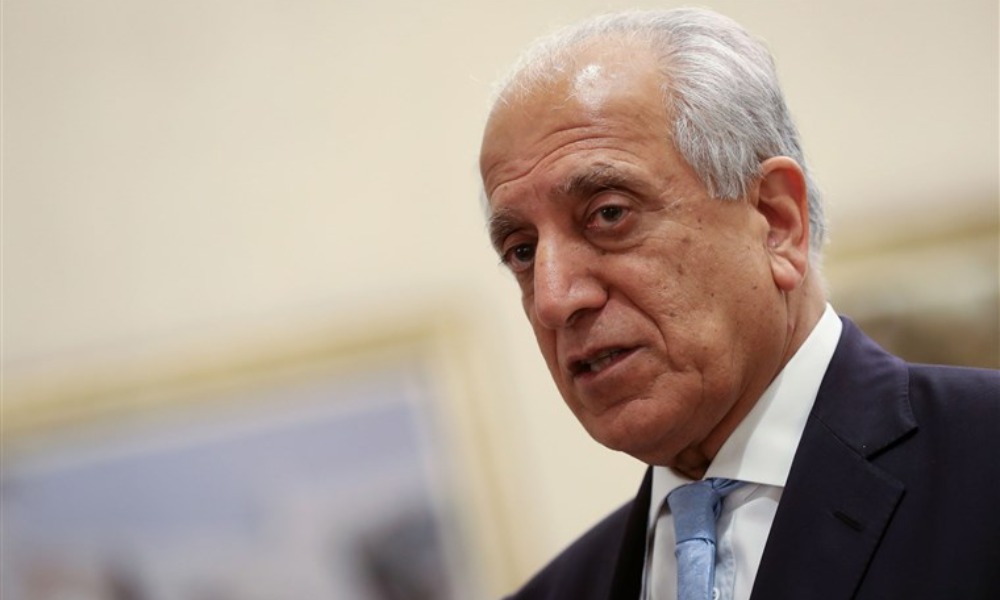 Former special envoy for Afghanistan Zalmay Khalilzad has warned the situation in Afghanistan is so bad that if the economy collapses, the state will collapse.

In an interview with TRT World, broadcast this week, Khalilzad said should this happen, the Afghan people would face huge suffering and “millions might leave”.

Speaking to TRT World, on the sidelines of last week’s Middle East Peace and Security Forum (MEPS) in Duhok, in the Kurdistan Region of Iraq,
Khalilzad said that in his opinion the current situation in Afghanistan might not be completely “desirable” but it’s also not a return to the situation in the 1990’s under the previous Islamic Emirate of Afghanistan (IEA) government.

He said while there have been “specific instances that are negative, it isn’t a return to the 90s,” adding that the IEA does however have a long way to go to meet standards to “be accepted as a member of the international community”.

On a question about reported factionalism within the IEA, Khalilzad said that during the Doha talks, in the lead up to the signing of the agreement in February last year, the US had been concerned about this issue.

However, the US “tested them” and came to the conclusion that the talks delegation did in fact represent the core IEA, he said. He also pointed out that while there is factionalism within the IEA, the US had to deal with this same issue during the former Ashraf Ghani government.

“Factionalism is a part of life; it’s a reality but when you negotiate with the Talibs (IEA) you negotiate it in writing; it’s in detail; they’re a very deliberative organization and they discuss things among themselves
for a long time before they finalize an agreement.”

Khalilzad said moving forward a road map needs to be worked out as both the international community and the IEA have concerns.

He said the IEA wants political normalcy, they want frozen assets released, names removed from the blacklist and help with development projects.

“We need to put all those things on the table and get a road map agreed
to that and if they take this step the international community will take that step.”

“I think the situation is so bad that if the economy collapses the state collapses; there will be such huge suffering on the part of the Afghan people; millions might have to leave; there could be more ungoverned spaces; back to conflict.

“None of that is in the interest of Afghanistan or the international community,” he said.

Khalilzad stated that the US and the international community cannot turn their backs on Afghanistan and that now is the time for diplomacy to shape the way forward so both sides can reach an agreement in order to remove sanctions.

He said without such a plan, it would not be in the US’ interest to have the state of Afghanistan collapse.

“Finances, monies have to be made available so that the state doesn’t collapse because the alternative … is not in our interest in my view and it doesn’t serve our values. But our job is not done there yet; we need to keep working it rather than turning our back because we’re angry that the Talibs (IEA) came to power.”

He said it was in the US’ interest to help shape, influence, and engage so as to help get Afghanistan on a better trajectory.

Khalilzad also pointed out that before the US troops’ withdrawal and the IEA take over, Afghanistan was “not in a good shape” – having suffered over 18 years of war.

He said however that it would be unfair to say the IEA has not changed, noting that the new government wants to be accepted by the international community and wants assistance in rebuilding the country.

On the issue of the Islamic State’s Afghanistan affiliate (ISIS-K/Daesh), which has conducted a number of deadly attacks in Kabul in recent months, Khalizad said the IEA has the “willingness” to tackle the militant group. He said the question is whether the IEA has the capability to eradicate the group.

“There is no question or doubt that they are fighting Daesh,” he said.

Related Topics:AfghanistanfeaturedUSZalmay Khalilzad
Up Next

US and IEA delegates to resume talks in Doha 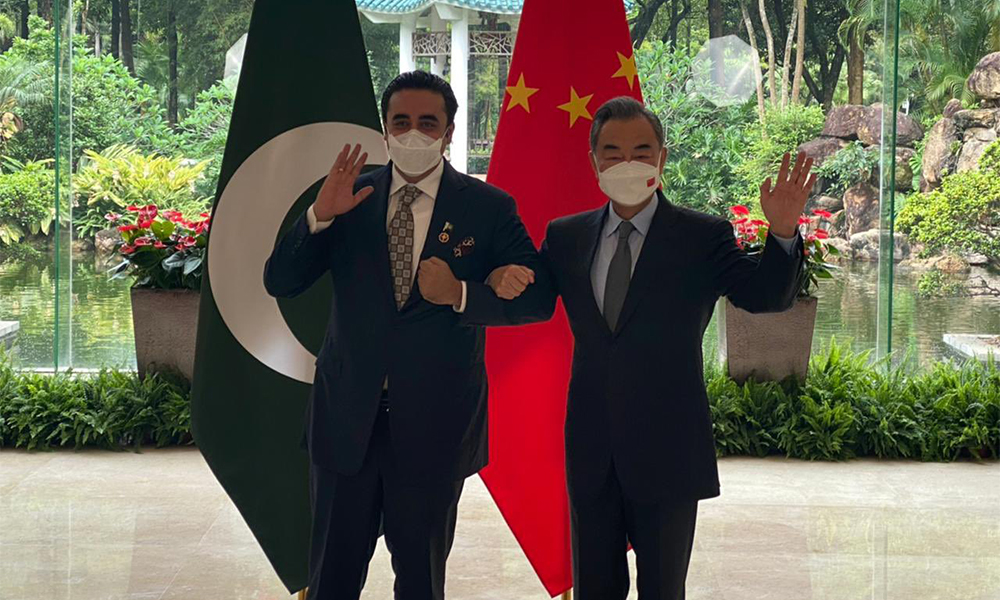 China’s Foreign Minister Wang Yi met with his Pakistani counterpart Bilawal Bhutto Zardari on Sunday in Beijing to discuss the situation in Afghanistan.

According to a statement issued by China’s Foreign Ministry, the two sides stressed the need to establish a comprehensive political structure and protect the rights of women and children in Afghanistan.

Pakistan media reported they agreed that peace and stability in Afghanistan is vital for regional development and prosperity.

They called upon the Afghan interim government to develop a broad-based and inclusive political structure, adopt moderate and sound internal and external policies, and protect the rights of women and children.

The statement meanwhile noted they also called on the Islamic Emirate of Afghanistan (IEA) to prevent Afghanistan from posing a threat to its neighboring countries.

Meanwhile, the IEA stated that it has all the conditions of global legitimacy and governs the entire country. It called on neighboring countries, the region and the world to expand their interactions and cooperation with the new Afghan government instead of worrying about the situation in Afghanistan.

“In our country, a system has been established that supports all the people of the country and provides security, and has completed all the international standards that are necessary for legitimacy, and now it is time for all countries in the region and the world to come forward and start formal interactions and make progress on political, economic and humanitarian issues,” an IEA official said.

Both sides meanwhile called on the international community to help avert a humanitarian crisis and to honor the pledges it made on Afghanistan’s economic reconstruction and future development.

The Chinese and Pakistani foreign ministers also agreed to expand the China-Pakistan economic corridor (CPEC) to Afghanistan in consultation with the IEA. 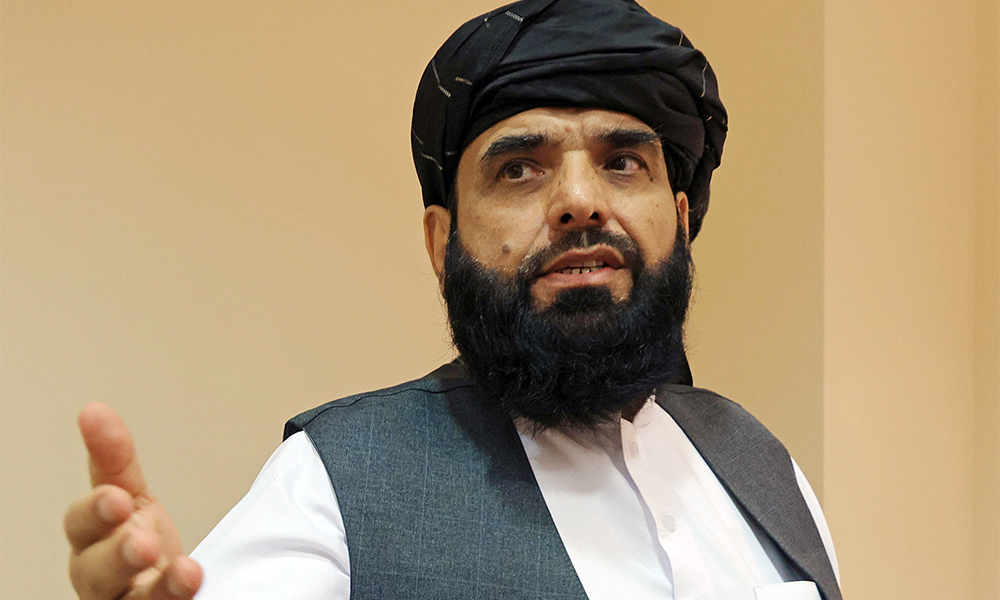 India should sever all ties with the former Ashraf Ghani government and establish ties with Afghanistan based on national and mutual interests, said Suhail Shaheen, head of the Islamic Emirate of Afghanistan’s (IEA) political office in Doha.

In an exclusive interview with India’s ThePrint news organization, Shaheen said India should seek to have deeper ties with the people of Afghanistan and should reopen its embassy in Kabul.

He said that the IEA was committed to providing full security to Indian diplomats.

He also said India is welcome to complete projects in Afghanistan or initiate new ones.

However, he said India should “not have relations and base all their relations on the individual lens of those officials of the former Kabul administration who are now in western countries living along with their families.”

India shut down its embassy in Kabul in August 2021 when the IEA took over Kabul. Prior to that, India had also closed down its consulates in Mazar-i-Sharif, Kandahar, Herat, and Jalalabad. 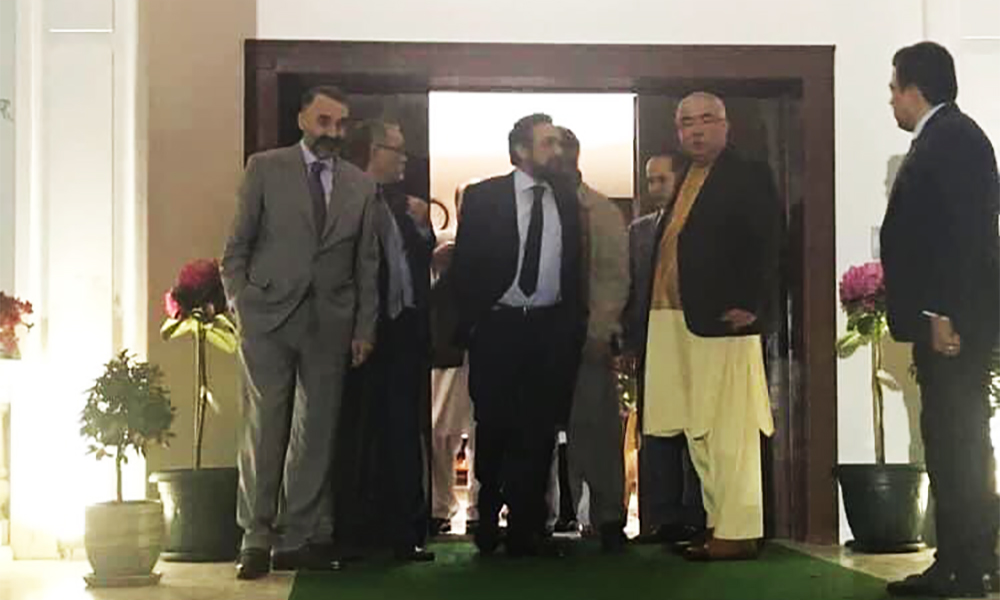 A day after the official launch and announcement of planned talks with exiled politicians and military personnel, a number of well-known figures from the previous government say they are ready to sit at the negotiating table, but before that the IEA must make sure that all tribes of Afghanistan are included in the country’s future system.

The presence of men and women from all ethnic groups in Afghanistan in the future political system is one of the basic conditions of these exiled politicians.

“We are ready for negotiations. I cannot say everything on TV, but whatever the result is of negotiations and the understanding, we will be committed to it, but one thing is to accept the general principle. We have to take into account the vote of the people, whether men or women, and all the tribes and all ethnicities and religions present in Afghanistan should consider themselves the owners of this country,” said Muhammad Mohaqiq, leader of the People’s Islamic Unity Party of Afghanistan.

Experts also say however that a number of politicians will not accept the plan that was prepared for the return of these personalities.

According to them, the work of the commission will be difficult without the presence of people outside the IEA.

“People in this commission, other than the Taliban (IEA ) should be included in this commission in order to gain the trust of the people. It’s one-sided, people no longer believe in the commission, and it cuts political participation to the farthest, which is not a good result,” said Moien Gul Samkanai, chairman of Rights and Justice Party.

The plan, which was unveiled on Saturday by the IEA’s contact commission, does not say whether it will provide the opportunity for political figures to return to politics or participate in government, but only that their lives and property will be safe, and their legitimate demands will to be accepted.