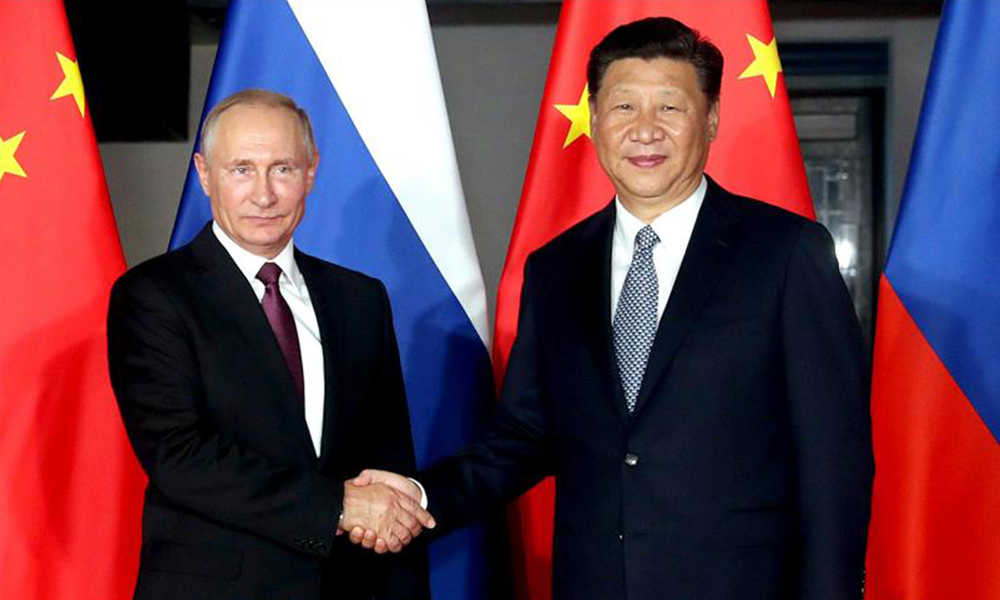 Russian and Chinese presidents Vladimir Putin and Xi Jinping will spend a “lot of time” discussing security in Europe and the set of demands Moscow has made of the West when they meet for talks next week, the Kremlin said on Friday.

Reuters reported that Putin will travel to China to attend the opening ceremony of the Beijing Winter Olympics on Feb. 4 against the backdrop of a tense confrontation with the West over Ukraine.

According to Reuters, the talks will be closely watched in Washington and elsewhere for clues to the direction of the Russia-China relationship, which has grown closer as both countries’ ties with the West have deteriorated.

Moscow has built up military forces near Ukraine in a show of strength as it presses its demands for security guarantees from the United States and its allies, read the report.

“I think this time of course a lot of time will be spent on an exchange of views on international issues, including strategic stability in Europe, security guarantees for Russia, security in Europe and Russia’s dialogue with the United States and NATO, and regional problems,” Kremlin spokesperson Dmitry Peskov told reporters.

Putin is set to fill a void left by foreign dignitaries after some Western countries announced they would not send state officials to the Games because of China’s human rights record. Putin has said he opposes diplomatic boycotts, the report said.

Russia has cultivated closer ties with China since 2014 when its annexation of Crimea from Ukraine soured relations with the West.

Meanwhile, Russian Foreign Minister Sergei Lavrov said on Friday that Moscow did not want war with Ukraine and spoke positively about security proposals received from the United States.

The U.S. proposals were better than proposals received from NATO, said Lavrov, who said he expected to meet U.S. Secretary of State Antony Blinken in the next couple of weeks, the report added.

Lavrov said President Vladimir Putin would decide how to respond to the proposals.

US warns of ‘horrific’ destruction, casualties if Russia invades Ukraine 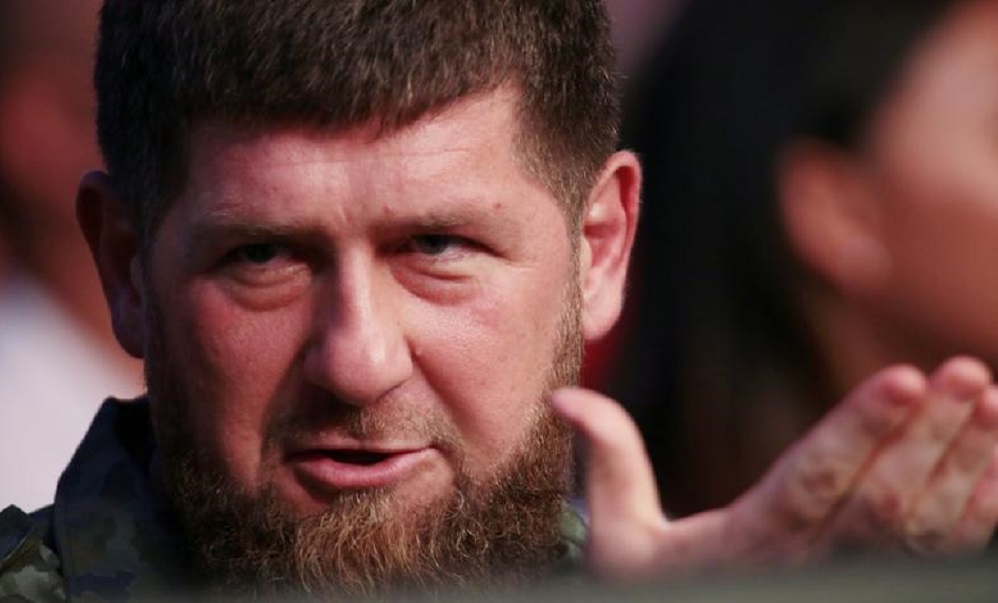 The Kremlin-backed leader of Russia’s southern province of Chechnya has posted a video in which he warns that Poland could be next after Ukraine.

Ramzan Kadyrov, who is famous for his bluster, said in the video he posted to his official Telegram page that Ukraine was “a done deal” and that “if an order is given after Ukraine, we’ll show you (Poland) what you’re made of in six seconds.”

Poland, which borders Ukraine, is a NATO member and has provided its neighbor with weapons and other aid since Russia invaded Ukraine on February 24. It has also welcomed in millions of Ukrainian refugees.

Kadyrov later urged Ukrainian President Volodymyr Zelenskyy to “finally come to his senses and accept the conditions offered by our president (Vladimir Putin).”

Kadyrov has repeatedly used social media to boast about Chechen fighters’ alleged performance against Ukrainian troops and to make other unconfirmed statements about the war in Ukraine. 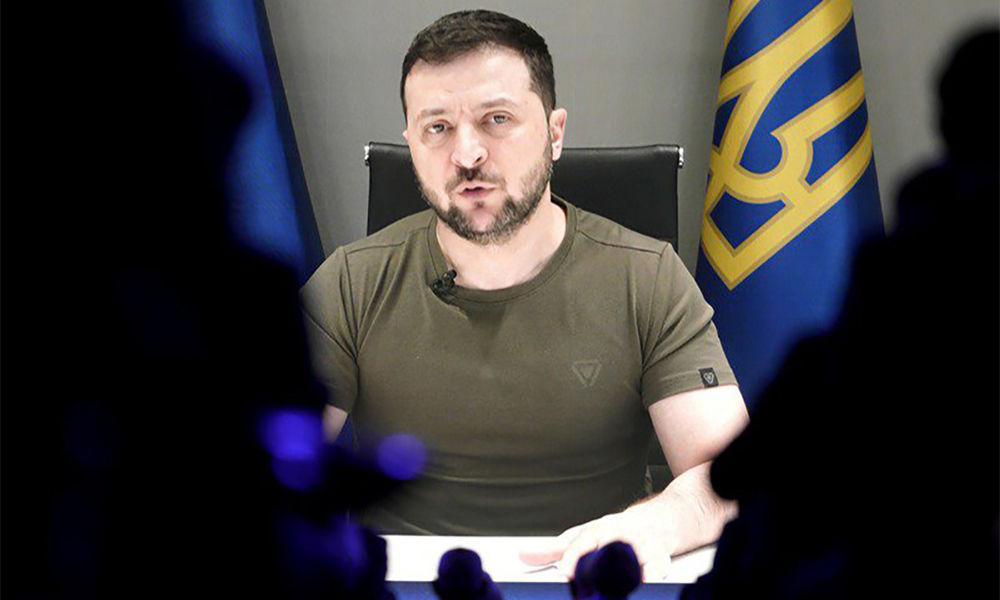 (Last Updated On: May 28, 2022)
Ukrainian President Volodymyr Zelenskiy on Friday (May 27) said Ukraine was not eager to talk to Russia’s Vladimir Putin but that it has to face the reality that this will likely be necessary to end the war.
“There are things to discuss with the Russian leader. I’m not telling you that to me our people are eager to talk to him, but we have to face the realities of what we are living through,” Zelenskiy said in an address to an Indonesian think tank.
“What do we want from this meeting… We want our lives back… We want to reclaim the life of a sovereign country within its own territory,” he said, adding that Russia did not appear to be ready yet for serious peace talks.
Continue Reading 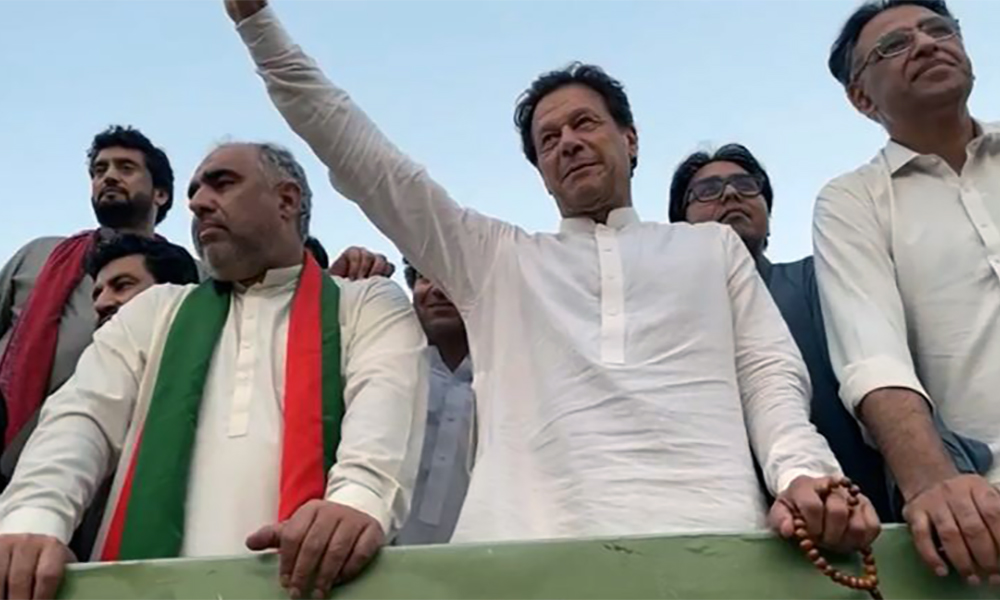 (Last Updated On: May 28, 2022)
PTI Chairman and Pakistan’s former prime minister Imran Khan on Friday dispelled reports that he had struck a deal in exchange for ending the party’s Azadi March, saying that he did so in order to avoid bloodshed.
Speaking at a press conference in Peshawar, he said he would take to the streets again if early elections were not announced.
He regretted how police officials attacked the participants of the march, blaming the government for hand-picking officers to target the PTI.
“Our workers asked why we did not stage a sit-in. I am the man who staged a sit-in for 126 days. It was not difficult for me, but by the time I reached I became aware of the extent of the situation […] I knew that day that there would be bloodshed.”
Imran said the people were “ready” after seeing the “terrorism” carried out through the police. “Everyone was ready to fight, some of our people were so angered by what they saw,” he said, adding that officials were instructed to brutalise protesters.
“The anger at the time, if I had staged a sit-in that day I can guarantee that there would have been bloodshed,” he said, adding that there was a prevailing sense of hatred against police officials.
“But the police is also ours, it is not their fault,” the PTI chairman said, blaming the government for issuing the directives. If there was violence then it would only have caused chaos in the country, he said.
“Do not think it was our weakness and don’t think that a deal was made. I am hearing strange things that a deal was made with the establishment. I did not make a deal with anyone,” he said, adding that the only motive behind his actions was concern for the country.
He also made it clear that the PTI would not negotiate with or accept the “imported government”.
“I think of this as a jihad. I will stand up against this as long as I am alive,” he said, reiterating that he only cared about the future of the country.
He again stressed his six-day ultimatum to the government for the announcement of early elections. “If they do not clearly announce a date for the elections or for the dissolution of the assemblies, I will take to the streets again. Let me make it clear, this time we will be prepared.”
Continue Reading