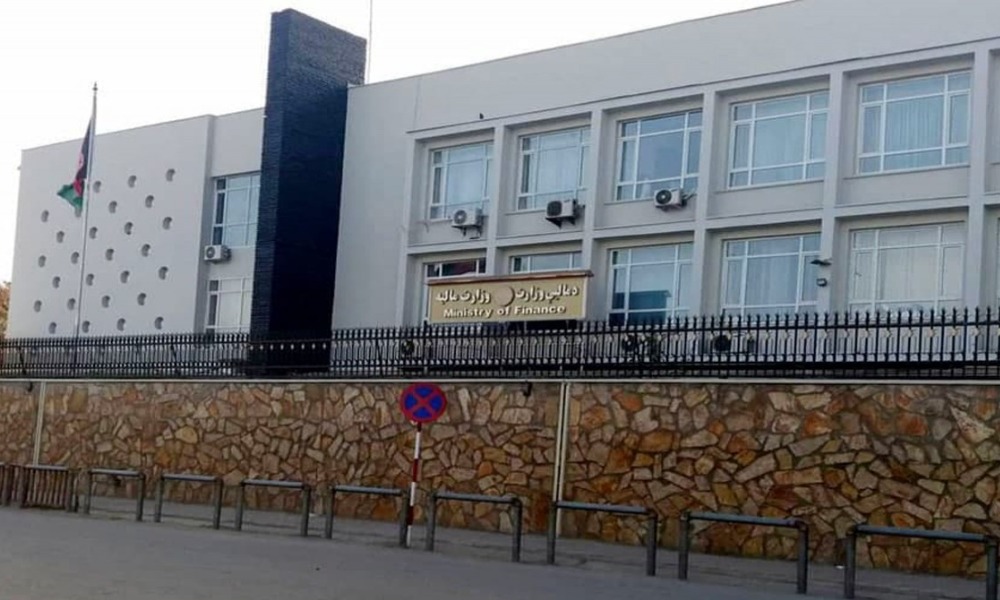 Anti-corruption agencies have described reports by the acting minister of finance that as much as $8 million is being embezzled by customs on a daily basis as being “catastrophic”.

The Anti-Corruption Commission says it is investigating the acting minister’s claims.

“The Anti-Corruption Commission is investigating the matter and will obtain further information from the Ministry of Finance,” said Mohammad Salim Safari, media officer at the commission.

This comes after acting finance minister Khalid Painda told MPs in the Wolesi Jirga (Lower House of Parliament) on Wednesday that between $7 million and $8 million was not being collected daily by customs across the country.

MPs in turn accused government leadership, especially the Ministry of Finance, of being the main culprits regarding corruption in customs, and said Painda needs to stop corruption instead of complaining about it.

On Wednesday, Painda told MPs in Parliament that there are reports of corruption involving governors, police commanders, employees of the Ministry of Finance as well as members of the public.

Asked about who is behind the multi-million dollar corruption scheme, Painda was not able to give satisfactory answers, members of the administrative board of the Wolesi Jirga said.

“Instead of giving statistics, the Ministry of Finance should fight corruption and reveal the list of corrupt people,” said Hujatullah Kheradmand, Deputy Secretary of the House of Representatives.

Members of the public, however, have a different view, saying that the head and leadership of the Ministry of Finance are primarily responsible for the corruption but instead they are blaming others.

President Ashraf Ghani has in the past accused the interior ministry of being at the heart of corruption in the country. But some members of the public say it appears that the ministry of finance has now taken that top spot.

In response to the scandal, the Ministry of Industry and Trade says that the smuggling of commercial goods into the country has reduced domestic production.

The Ministry says that joint efforts have been launched with the Ministry of Finance to address this challenge, and that tariffs on imported goods should be increased by 100 percent.

The private sector, on the other hand, says that domestic industrialists still do not have access to production resources.

Thousands of cold storage units across the country ready for use 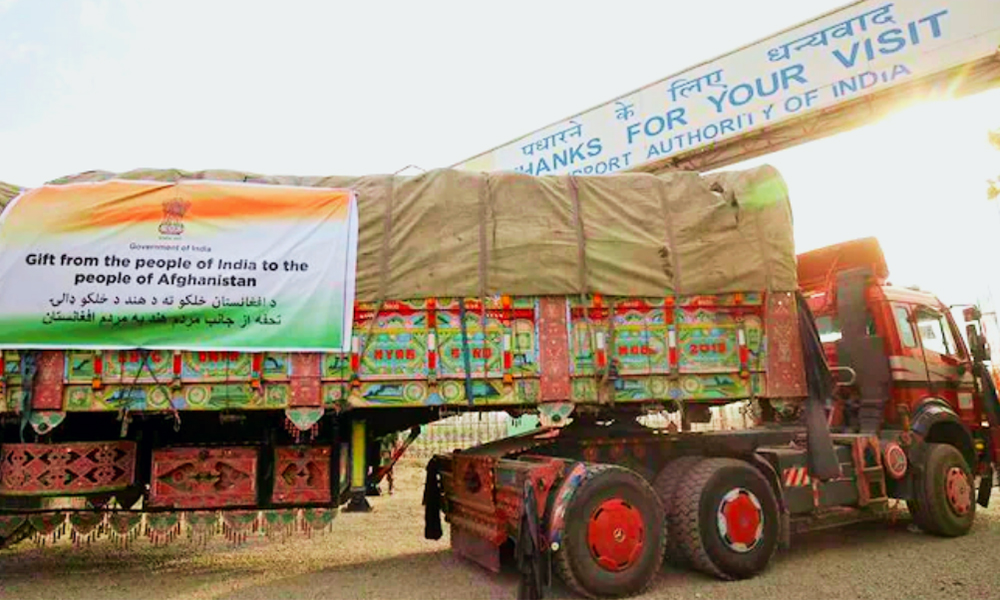 Another consignment of 2,000 metric tons of wheat has been sent to Afghanistan by the government of India and is being transported overland through Pakistan through the Attari-Wagah border, Indian officials confirmed.

India said earlier this year it will send 50,000 metric tons of wheat as humanitarian assistance to Afghanistan overland through Pakistan.

The first consignment of humanitarian aid of 2,500 metric tons of wheat from India reached Afghanistan’s Jalalabad through Pakistan on February 26.

The Government of Pakistan in November 2021 had approved, as a special gesture to the Afghan people, the transportation of the wheat and life-saving medicines as humanitarian assistance from India to Afghanistan via the Wagah border on an exceptional basis for humanitarian purposes. 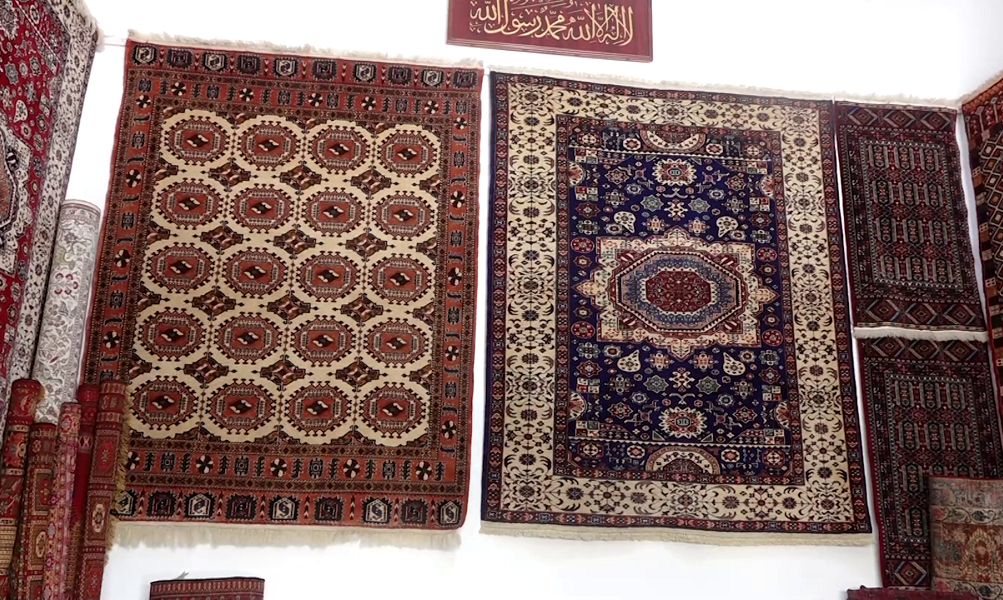 Afghanistan’s Carpet Manufacturers Union said this week that currently 1.2 million people are employed in the carpet industry in the country but if the sector grows, thousands more could get jobs.

Union officials have said they want to increase the carpet industry by expanding the business from 18 to 34 provinces. In line with this, they have called on the Islamic Emirate of Afghanistan (IEA) to increase customs tariffs on foreign carpets in order to support the local carpet industry.

The carpet industry in Afghanistan is a long-standing industry through which many families earn a living, but the expansion of this industry requires larger programs.

Union officials have asked the Ministry of Trade and Industry to allocate sections of industrial parks to this industry to help attract more investment.

According to them, currently 95 percent of the market is flooded with imported carpets.

“The domestic market is filled with foreign carpets. We want to offer domestic products to the people at the price and quality that comes to Afghanistan from abroad,” said Noor Ahmad Noori, head association of carpet producers.

Officials from the Ministry of Trade and Industry said they are ready to further support the carpet industry and plan to hold a national carpet expo in Kunduz, Balkh, Nangarhar, Kabul and other provinces.

“We strive to further expand the carpet sector so that we can increase our domestic production and we are ready to meet all the needs of the sector that we have at our disposal,” said Mohammad Naeem Walizada, a ministry adviser.

Economic experts also say that the carpet industry not only provides jobs for people, but can have a positive impact on the country’s economy. 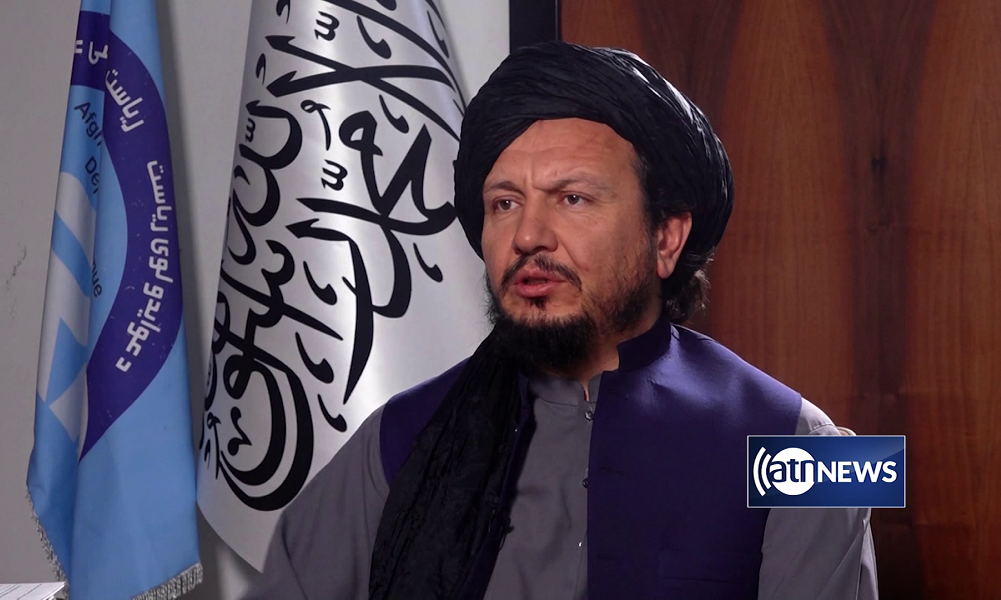 The level of corruption at Afghanistan’s customs department has been stamped out to almost zero, a senior finance ministry official said this week.

“An Islamic system is now in place in Afghanistan. You can see there is transparency. We can confidently say that the level of corruption is nearing zero,” Mairaj said.

The official questioned the transparency of the $2 billion international humanitarian aid to Afghanistan, saying it has not resolved the issue of high level poverty in the country.

“If they give $500 million to IEA, you will not find any poor person anywhere in Afghanistan,” Mairaj said.

On the 10 percent tax on mobile phone top-ups, Mairaj said this money will go to the national budget, and not into private pockets.

On ushr and zakat, the official said that it is not mandatory for people to pay zakat to the government.

“If one is obliged to pay zakat, he may give it to his relatives, other poor people or the government,” Mairaj said.

He said that millions of dollars of cash that is regularly dispatched to Afghanistan is not intended for IEA, but is spent on UNAMA programs.