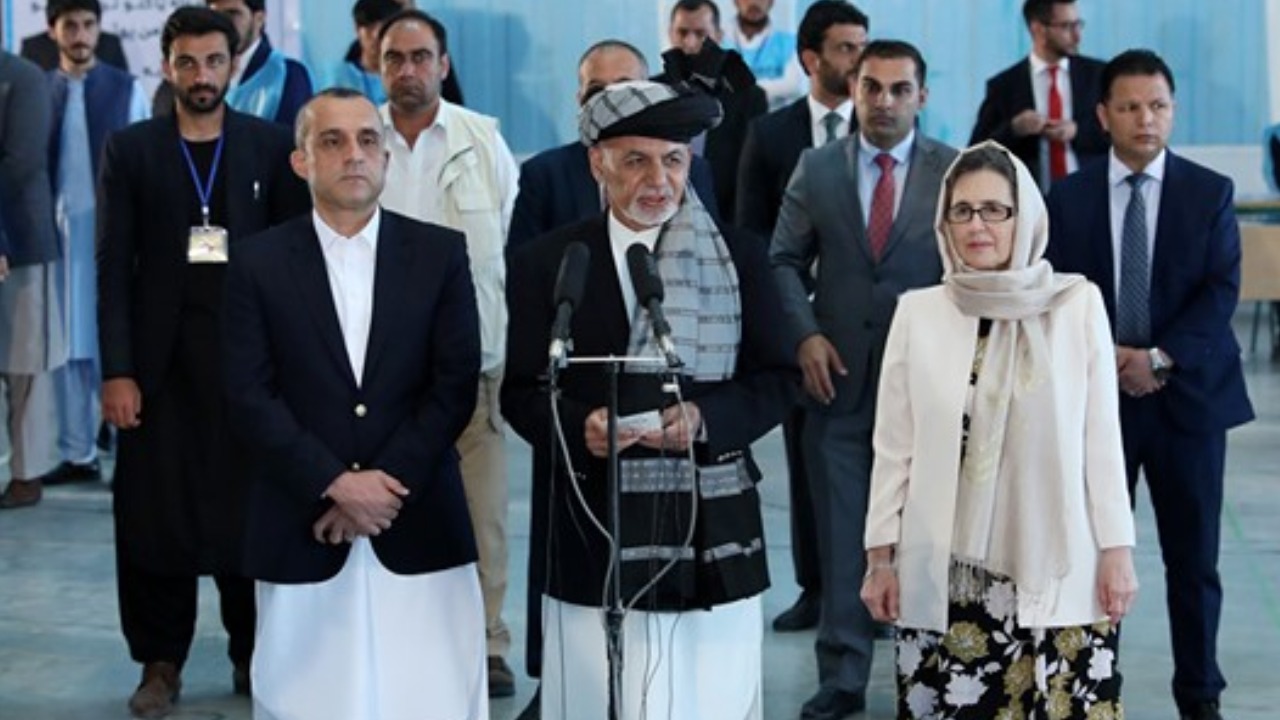 Presidential candidate Mohammad Ashraf Ghani on Saturday cast his vote at a polling center in Amani High School in Kabul.

Ghani was accompanied by his running mate Amrullah Saleh and his wife Rula Ghani.

At a televised speech, Ghani said that electoral fraud is a red line and there are specific punishments for perpetrators of such crimes.

He praised Afghan forces for supporting the election process by providing security.

In addition, he said the Afghan government has contributed the major amount of election budget for the first time. He also thanked the European Union, Japan, the United States, and other international partners for supporting the electoral process.

Meanwhile, Ghani hoped for a high turnout at the end of the day and stressed that every complaint must be scrutinized.

Amrullah Saleh, Ghani’s running mate who later went to a different polling site to cast his vote emphasized on the importance of republic system and thanked the Afghan security forces and people for their participation in the election.

Hekmatyar Casts Vote without Having Sticker on His Tazkera